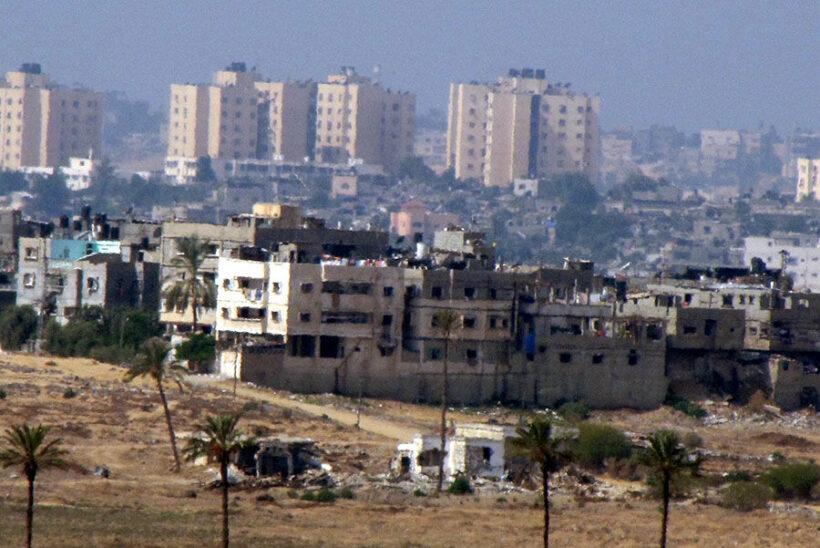 Thailand’s Labour Minister, Suchart Chomklin, has confirmed the bodies of 2 Thai men killed in the ongoing conflict between Israel and Palestine, will be flown home next week. 44 year old Weerawat Karunborirak and 24 year old Sikharin Sangamram were working in Israel when they were killed by a rocket strike launched by the Palestinian Hamas group.

Suchart says he has spoken with the Thai Ambassador to Israel, who confirmed the men’s bodies will be flown to Bangkok’s Suvarnabhumi airport next Wednesday. The Bangkok Post reports that of the 8 other Thai workers injured in the attack, 7 have been discharged from hospital, while 28 year old Attarachai Thamkaew is still undergoing treatment. It’s understood that a day after the attack, Israeli officials appointed psychiatrists to meet Thai workers and provide counselling.

The Thai Ambassador has also met with the Israeli leader, Benjamin Netanyahu, and advised him that during the attack, sirens that were supposed to warn of incoming rockets were not working and there were insufficient air-raid shelters operating. According to the Bangkok Post, the Israeli PM has given an undertaking to fix the situation.

Meanwhile, the Thai Ambassador says any Thai citizens who wish to leave high-risk areas near the Gaza Strip should contact the embassy in Tel Aviv. It’s understood that 5 Thai workers have told the embassy they wish to return to Thailand.

Meanwhile, Buriram officials have visited the family of Sikharin Sangamram to advise them of the compensation they will receive from the Thai Worker Fund and Social Security Office. Sikharin’s aunt says her nephew has left behind 2 young children, aged 2 and 4, and she has called for financial assistance to repay the family’s debts and the children’s education costs.