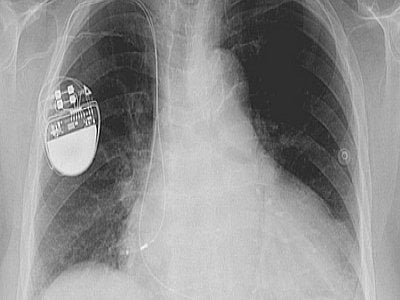 
Experimental device lets heartbeat, not battery, power pacemakers
Phuket Gazette / News Wires
PHUKET: An experimental device that converts energy from a beating heart could provide enough electricity to power a pacemaker, eliminating the need for expensive surgeries to replace pacemakers with depleted batteries, according to results from a study released yesterday.

Researchers in a preliminary study have tested an energy-harvesting device that uses piezoelectricity – the electrical charge generated from motion – to power a pacemaker which requires only small amounts of power. It is a promising technological solution that may eliminate the need for replacements when batteries are spent.

“Many of the patients are children who live with pacemakers for many years. You can imagine how many operations they are spared if this new technology is implemented,” said M. Amin Karami, Ph.D., the lead author of the study and research fellow in the Department of Aerospace Engineering at the University of Michigan in Ann Arbor.

Currently, pacemakers must be replaced every five to seven years when their batteries run out, which is both costly and inconvenient.

According to the findings released at the annual American Heart Association scientific conference, researchers measured heartbeat-induced vibrations in the chest. They then used a ‘shaker’ to reproduce the vibrations in a laboratory and connected it to a prototype cardiac energy harvester they developed.

Measurements of the prototype’s performance, based on sets of 100 simulated heartbeats at various heart rates, showed the energy harvester generated more than 10 times the power needed.

Researchers now hope to integrate their technology, which is about half the size of batteries currently used, into commercially-available pacemakers. A nonlinear energy harvester – which uses magnets to enhance power production and make it less sensitive to heart rate changes – was used in the study. It generated enough power from heartbeats, ranging from 20 to 600 beats per minute, to continuously power a pacemaker.

Karami said devices such as cell phones or microwave ovens do not affect the device, which would not work in linear harvesters because they only work well at a specific heart rate. Researchers believe piezoelectricity could also power other implantable cardiac devices such as defibrillators, which also have minimal energy needs.