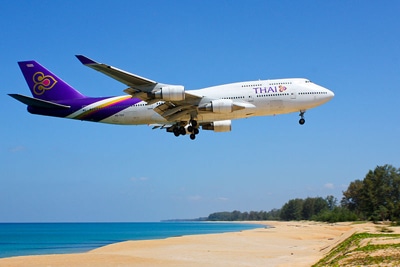 The EU’s carbon emissions trading scheme, which took effect on January 1, requires airlines flying in and out of the EU to offset some of the carbon that their planes emit by buying ‘allowances’ from greener industries. The scheme met disapproval from India, Russia, China, the United States, and other countries.

“The EU has always been very clear: nobody wants an international framework tackling CO2-emissions from aviation more than we do,” said Hedegaard. “Our EU legislation is not standing in the way of this. On the contrary, our regulatory scheme was adopted after having waited many years for ICAO to progress.”

With an increasing number of countries joining the opposition against the plan, Hedegaard said she decided to offer to freeze the current program. “I’ve just recommended in a telephone conference with the 27 Member States that the EU ‘stops the clock’ when it comes to enforcement of the carbon tax on air travel in the group,” she said.

But Hedegaard warned the scheme will continue if the international community is not able to find a compromise by next autumn. “But let me be very clear: if this exercise does not deliver – and I hope it does, then needless to say we are back to where we are today with the EU ETS. Automatically,” she said.

Airlines previously alleged the carbon tax would cost the aviation industry some 17.5 billion euros (684 billion Thai baht approximately) in extra expenses over a period of about eight years, but the EU has instead offered airlines to raise their prices for passengers.

It remains to be seen what impact the carbon emissions trading scheme would have on airlines bases in Asia, with routes to Europe, in terms of pricing. Also, the implications for long haul destinations, such as Phuket, with a heavy reliance on the tourism industry.

World News: 452 prisoners to be freed by Myanmar