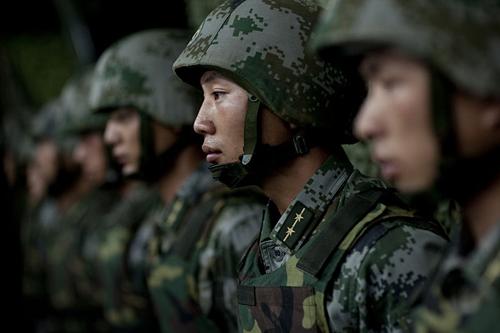 PHUKET: China has sent soldiers to its border with Myanmar amid concern that escalating violence between the Southeast Asian country’s government and ethnic separatists is spilling over, an official Chinese newspaper reported yesterday.

The Global Times said that troops were sent to the border between China’s Yunnan Province and Myanmar’s northern Kachin State “to understand the situation”. It did not give any details on the number or type of soldiers.

“On the night of the 9th, there was shelling in Kachin, and residents of the unstable area quickly ran inside the Chinese border to pass the night in peace,” the report said. Yunnan is home to an ethnic Kachin population.

The Communist Party’s official newspaper, the People’s Daily, carried an article on its website from the Changjiang Daily newspaper describing artillery shells exploding on a mountain in Yingjiang County, which borders Myanmar.

Officials in the Dehong prefecture government, in which the county is located, declined to comment yesterday.

The intensification of the conflict has cast doubt on the intentions of Myanmar’s government, which is led by former generals who have been praised for reforms in other areas including elections, media and civil society.

Kachin rebel sources have reported aerial bombings, shelling and even the use of chemical weapons since December 28. Myanmar’s government said there were no airstrikes, but that K-8 trainer jets had provided cover fire to protect ground troops from rebel attacks.

The 18-month conflict in Kachin state is one of the biggest tests for Myanmar’s new civilian government’s reform effort and the use of aircraft has raised doubts about whether the retired generals in the government have really changed their harsh old ways.

While China has strong trade ties with Myanmar, it has long looked with wariness at its poor and unstable southern neighbour and has repeatedly called on the country to ensure stability along the vast and remote border.