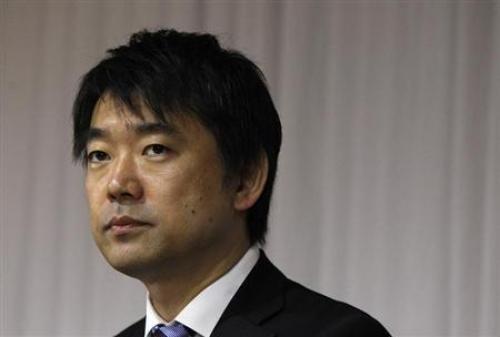 
Rohingya Muslims drown off Myanmar trying to flee storm
Reuters / Phuket Gazette
PHUKET: A boat carrying about 100 Rohingya Muslims capsized off western Myanmar and many were feared drowned at the beginning of a mass evacuation from low-lying regions ahead of a powerful storm, a United Nations official said on Tuesday.

The tropical depression, likely to strengthen into Cyclone Mahasen this week, threatens areas of Myanmar where about 140,000 victims of ethnic and religious unrest are living in camps. The United Nations warned last week there could be a humanitarian catastrophe if people were not evacuated.

The boat struck rocks off Pauktaw in Rakhine State and sank, said Barbara Manzi, head of the Myanmar office of the U.N. Office for the Coordination of Humanitarian Affairs (OCHA).

A military intelligence officer told Reuters at least 50 people drowned when the boat went down at around midnight on Monday. It was one of six leaving Pauktaw, the official said, declining to be identified because he was not authorised to speak to media.

The evacuation from Pauktaw was part of a government evacuation plan, said Kirsten Mildren, a spokeswoman for OCHA in Bangkok. She said she had heard five boats had set off but accounts were confused. She understood 42 people survived and eight bodies had been found.

“We understand that yesterday evening they went out with the approval of government officials. This was part of an official government evacuation plan although the boats were not government boats. They were moving from a low-lying area to a safer area,” she said.

Forecasts by the U.S. Navy’s Joint Warning Center show the storm making its way north over the Bay of Bengal. It is expected to make landfall on Thursday near Chittagong in Bangladesh before moving into neighbouring Myanmar.

The United Nations said about 69,000 people, most of them Rohingya Muslims, were living in Rakhine State in accommodation at risk of flooding and other damage during the rainy season, which starts this month and continues until September.

The evacuations, a joint effort by the government and aid agencies, are seen as a test of Myanmar’s willingness to assist the Rohingya, an impoverished and long-persecuted people who bore the brunt of sectarian violence in Rakhine State last year and suffered before that during half a century of military rule.

We want to die here

Vice-President Nyun Tun visited some of the camps on Tuesday to try to persuade people to relocate but many refused to go.

One group who had been displaced from Thandawli village in the state capital of Sittwe said they would not go to a nearby army barracks.

“If the storm comes, we want to die here,” said Fatima Hadu, 65, as the rain poured onto shelters built with little more than bamboo and thatch.

OCHA head Manzi implored the displaced in one camp to move to a safer area and said they could send representatives to look at the new site first, but that had little effect.

At least 192 people were killed in June and October last year in violence between ethnic Rakhine Buddhists and Rohingya, who are denied citizenship by the government in Myanmar and considered immigrants from Bangladesh.

Myanmar is a predominantly Buddhist country but about 5 percent of its 60 million people are Muslims. They face a growing anti-Muslim campaign led by radical Buddhist monks.

Around Sittwe, up to 45,000 displaced people living in low-lying areas have been identified as the most vulnerable to Mahasen. Some have begun to be moved to higher ground.

Evacuations began on Monday from Pauktaw, a port town about 27 km (17 miles) by sea from Sittwe. Hundreds of Rohingya homes were destroyed in Pauktaw in October and nearly 20,000 Rohingya have been in camps there, including about 12,000 in flood-prone areas, according to U.N. data.

In Bangladesh, authorities told residents of outlying islands to start evacuating. Fishing boats and other small boats were warned to remain near the coast and not venture out to sea.

Images taken by NASA’s Aqua satellite on May 13 showed the storm’s centre northeast of Sri Lanka packing winds of up to 50 knots (92 km per hour/57 miles per hour). The winds are expected to increase to 130 km per hour (80 mph) as the storm goes north.

The space agency forecasts the storm will be upgraded to a Cyclone 1 level by Wednesday.

In 2008 a cyclone swept across Myanmar’s Irrawaddy Delta, south of the old capital, Yangon, killing up to 140,000 people.


Japanese mayor sparks outrage with sex-slave remarks
Reuters / Phuket Gazette
PHUKET: China expressed outrage on Tuesday over remarks by the mayor of the Japanese city of Osaka who said Japan’s system of military brothels during World War Two was “necessary”, as the Japanese government sought to distance itself from the comments.

Asian victims of Japan’s war-time aggression, including many people in China and South Korea, are sensitive to what they see as any attempt by Japanese politicians to excuse Japanese abuses before and during the war.

Osaka mayor Toru Hashimoto is an outspoken populist who has often stirred controversy.

“Anyone can understand that the system of comfort women was necessary to provide respite for high-strung, rough and tumble crowd of men risking their lives under a storm of bullets,” Hashimoto told reporters on Monday.

“At the time, it was a necessary system to maintain military discipline.”

Historians estimate that as many as 200,000 so-called comfort women were forced into sexual slavery in the Imperial Japanese Army’s brothels before and during World War Two.

“The forced recruitment of comfort women was a serious crime of Japanese militarism at the time of World War Two. This is an affront to human dignity and a major human rights problem,” Chinese Foreign Ministry spokesman Hong Lei said.

“We express shock and strong indignation toward the Japanese politicians who have made public an open challenge to human conscience and historical justice,” Hong told a news conference.

“How Japan faces up to the past will decide its future. Asian neighbours and international society are waiting to see what choice Japan will make.”

Japan’s government has recently sought to tone down remarks over wartime history by its own members – including Prime Minister Shinzo Abe – that have further frayed ties with China and South Korea, already tense due to territorial feuds.

Last month, tension mounted after three Japanese cabinet ministers visited Tokyo’s Yasukuni Shrine for war dead and then Abe cast doubt on whether his government agreed with a landmark 1995 apology by Japan for its wartime actions.