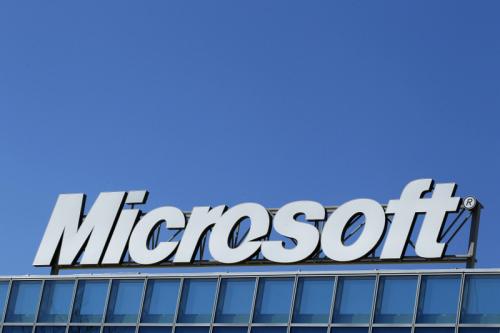 Microsoft had previously said it did not provide the NSA direct access to users’ information. On Thursday, it repeated that it provides customer data only in response to lawful government requests.

“To be clear, Microsoft does not provide any government with blanket or direct access to SkyDrive, Outlook.com, Skype or any Microsoft product,” the company said in a statement on its website.

Facebook Inc, Google Inc and Microsoft had all publicly urged U.S. authorities to allow them to reveal the number and scope of the surveillance requests after documents leaked to the Washington Post and the Guardian suggested they had given the government “direct access” to their computers as part of the NSA’s Prism program.

The disclosures have triggered widespread concern and congressional hearings about the scope and extent of the information-gathering.


Ireland votes to allow limited abortion rights for first time
Reuters / Phuket Gazette
PHUKET: Ireland’s parliament voted on Friday to allow abortion under certain conditions for the first time, following months of polarising debate in the Catholic country including letters to the premier written in blood.

Prime Minister Enda Kenny has provoked protest from both sides of the debate by pushing through a compromise that will allow abortion, but only when a woman’s life is in danger. His governing party has faced down more rebels over the issue than it did over its harsh austerity measures.

After a marathon debate that ran past midnight for the second night in a row, lawmakers passed the bill by 127-31. The vote was greeted with applause.

“It is the very, very bare minimum of a bill, but at the same time it feels like the end of an era,” said Eleanor White, 21, one of a handful of pro-abortion rights activists gathered outside parliament, who were outnumbered by opponents of the bill.

“We are getting to the end of the role the Catholic Church has had in Ireland,” she said.

Anti-abortion activists nearby prayed and cheered deputies who opposed the bill as they left the parliament building.

“This is a terrible crime on the heart and soul of this nation,” said Rita Daly, a 56-year-old civil servant, holding a picture of an aborted foetus. “This is the intentional killing of our children, our flesh and blood.”

Abortion rights opponents were particularly upset by the bill’s inclusion of the risk of suicide as a possible threat to the mother’s life.

The two-decade debate over how Ireland should deal with a Supreme Court ruling that abortion be permitted when a woman’s life is in danger was reopened last year after the death of a woman who was denied an abortion of her dying foetus.

The Supreme Court ruling in 1992 resulted from a challenge by a 14-year-old rape victim to a constitutional amendment nine years earlier that aimed to ban abortion in all instances.

In a sign of how contentious the abortion issue is, five of 76 members of parliament from Kenny’s conservative Fine Gael party voted against the bill. The five have been expelled from its parliamentary grouping.

Midway through his five-year term, Kenny has lost more Fine Gael deputies to the abortion debate than to economic austerity measures, even as his coalition made deep cuts under an 85 billion euro ($109 billion) EU/IMF bailout. He lost one party deputy over austerity.

The refusal to vote for the bill by longtime Kenny ally Lucinda Creighton, once tipped as a possible leader of the party, ends her role as Europe minister.

“When it comes to something that is essentially a matter of life and death, I think it is not really possible to compromise,” Creighton said in televised comments.

In the weeks before the vote, Kenny said he had been sent plastic foetuses and letters written in blood, and his private residence was picketed by protesters wearing skeleton masks.

He has also faced a concerted campaign by Ireland’s once- powerful Roman Catholic Church, which urged parishioners to pressure their local members of parliament to vote against the bill. Some church leaders said that lawmakers’ support of abortion could be grounds for excommunication.

Rocked by a series of child abuse scandals, the Church has seen its public influence wane since the 1980s, and a younger, secular generation wants to end the practice of Irish women travelling to nearby Britain to terminate their pregnancies.

Supporters of more liberal abortion laws in Ireland had mixed feelings about the bill’s passage.

“Under the current law, I face life in prison. Under the new law, I face 14 years,” said Suzanne Lee, a 23-year-old student who said she took an abortion pill last year.


Russia slams West’s propaganda on Syria chemical arms
Reuters / Phuket Gazette
PHUKET: Russia’s U.N. envoy on Thursday sharply criticized what he described as Western nations’ “small propaganda storm in a glass of water” regarding allegations that the Syrian government has used chemical weapons against its own people.

That report came after Syria allowed Russian experts to visit the site and take environmental samples for analysis. Russia, along with Iran, is Syrian President Bashar al-Assad’s closest ally and chief arms supplier.

The United States, France and Britain, which have informed Ban about at least nine more alleged chemical weapons attacks by the government, cast doubt on the Russian analysis and repeated their previous calls for a U.N. chemical investigation team to have unfettered access in Syria, not just Khan al-Assal.

Churkin suggested that the three Western nations were making accusations that are not worth taking seriously.

“We need to be looking to credible allegations,” he told reporters, adding that the insistence on looking into other incidents besides Khan al-Assal was a “small propaganda storm in a glass of water.”