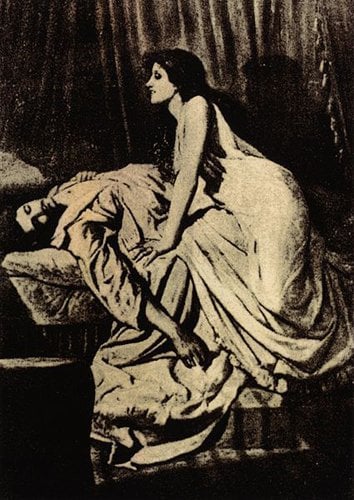 The two skeletons, around 700 years old, were found buried in the Black Sea town of Sozopol and were pierced through the chest and stomach with iron rods. Experts said the men were stabbed several times to stop them from rising from the dead to hunt local residents as vampires.

“These people were believed to be evil while they were alive, and it was believed that they would become vampires once they are dead, continuing to torment people,” Bozhidar Dimitrov, head of the Bulgarian National History Museum, was quoted as saying by the Sofia News Agency.

Dimitrov said the skeletons were discovered near the apse of a church, suggesting they may have been aristocrats. It is the first time that such ”vampire” skeletons have been found in Sozopol, but the practice was fairly common in Bulgaria at the time and mostly targeted aristocrats and clerics.

Archaeologists in Bulgaria have discovered more than 100 such graves in recent decades, and the practice seems to have exclusively targeted men. “The curious thing is that there are no women among them,” Dimitrov said. “They were not afraid of witches.”