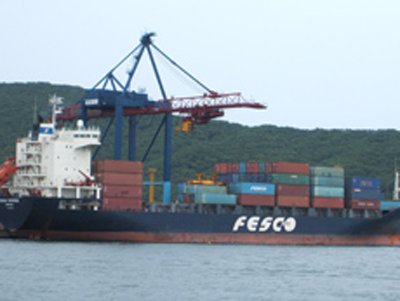 PHUKET: The U.S.-China Business Council (USCBC) yesterday released its annual report on U.S. State Exports to China for 2011, showing that it surpassed US200 billion for the first time in history.

The announcement puts China as the third-largest export market for the United States, ranking only behind neighbors Canada and Mexico with whom the United States has a regional free-trade agreement. USCBC Vice President Erin Ennis underlined that exports to China are “vital to America’s economic health and create good jobs for American workers.”

“Clearly, China is a market that is important to U.S. companies’ bottom lines, even in tough economic times,” Ennis added, stating that from 2000 to 2011, exports increased by nearly US$88bn to China, which exceeded the increase to every other market for U.S. goods and farm products, with the exception of Canada.

“American companies from every corner of the nation are exporting high-value computers, electronics, agricultural products, chemicals, transportation equipment, and machinery to an expanding marketplace in China,” Ennis said.

U.S. exports to Canada rose US202bn over the same period, while US exports to Mexico rose $86 billion. Brazil was a distant fourth with just a US$28bn increase in purchases of U.S. products.

PHUKET: The Thailand Convention and Exhibition Bureau’s “Asean MICE Collaboration” strategy took a step forward with the signing of an agreement with the Vietnam Chamber of Commerce and Industry in Hanoi on March 16.

The tie-up is in line with TCEB’s approach to promote the meetings, incentives, conventions and exhibitions industry in the region and ensure that it is ready to become the world’s leader. The VCCI will work closely with TCEB to encourage trade, the MICE business and enterprise development in the two countries for mutual economic benefit.

TCEB president Akapol Sorasuchart said yesterday that Asean members should help one another to prosper from the region’s advancement.

When the mixed-use project in Sathon district is completed next year, it would be worth 19 billion baht.

Green tea promotion
Tipco F&B plans to slash the price of its Mirai ready-to-drink green tea from 20 to 15 baht as part of its two-month summer promotion running from April to May.

The move is aimed at increasing Mirai sales by 30 per cent this year, which is more than the 20 per cent expected for the overall 8-billion baht green-tea market.

PHUKET: MFG.com, the largest global sourcing marketplace for the manufacturing industry expanding its global buying and selling pathways to now include Thai manufacturers.

“Thailand is known around the world for its high quality suppliers of automotive components. Those companies are very good at exporting,” said Mitch Free, CEO and Founder of MFG.com. “But there are a lot of world class manufacturers outside the auto parts industry in Thailand that have not previously had access to exporting opportunities. As buyers in the west look to find great quality at a good price they keep telling us that they want greater access to suppliers in Thailand. MFG.com is excited to be building a bridge between the suppliers in Thailand and the buyers in the west. We think this is a “win” for everyone.”

Free also noted, because of Thailand’s strong manufacturing base, the ASEAN Economic Community (AEC), which comes into fruition in 2015 will benefit as MFG.com will open global sourcing and selling opportunities to all nations of the 10 member ASEAN community which consists of half a billion people, GDP in excess of US$1.5 trillion and a total trading base of more than US$1 trillion per year.

MFG.com’s on-demand service is consolidating the once- fragmented world of manufacturing into an efficient marketplace, enabling products to be sourced and built more easily, quickly, inexpensively, and at higher quality levels. For more information, please visit www.MFG.com.

Thailand is very important player within the global manufacturing industry and is famous for making automobiles and machine parts. MFG.com is a good platform showcasing Thailand manufacturers to the world.

Mitch Free himself is a dynamic captain of global industry, recognized among his peers for his insatiable curiosity, strategic vision, domain expertise and creative management style. INC. magazine named him an “Entrepreneur of the Year” finalist in 2005, he was an Ernst & Young Entrepreneur of Year regional winner in 2008 and under his leadership
MFG.com has been consistently ranked as one of the top technology growth companies in the United States. Mitch is an avid speaker at technology forums and conferences, including presentations to the Kellogg School of Business at Northwestern University, Harvard Business School, Wharton and the Society of Manufacturing Engineers.