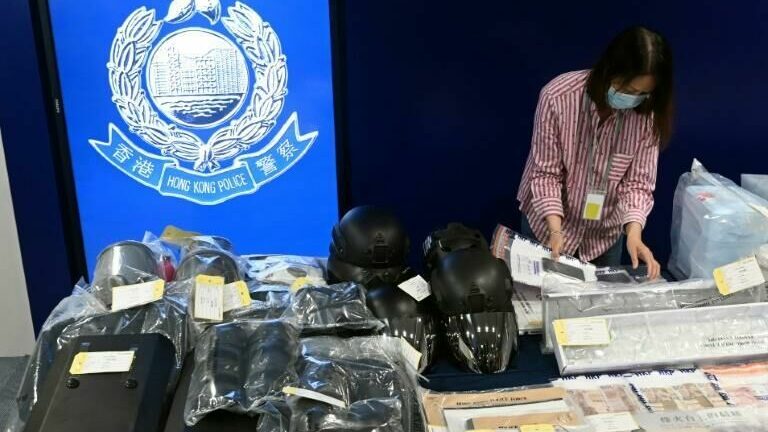 Hong Kong police announced today that 6 of 9 Hong Kongers that were arrested on terror charges for allegedly trying to make a bomb were kids.

Police say 5 males and 4 females between the ages of 15 and 39 were arrested on suspicion of “conspiracy to use explosives for terrorist activities”. 6 are teenage students and 3 are adults who worked at a university, a secondary school, and 1 as a driver.

Steve Li, a senior superintendent from the city’s national security unit told local media that police led an operation yesterday against the “gangsters” that tried to make a TATP in a homemade lab at a hostel. Police further added that the 9 people were part of a pro-independence group named “Returning Valiant”.

Li says the group planned to attack public facilities such as a cross harbour tunnel, the railway network, and courtrooms in order to “maximise damage to society”.

Honk Kong has seen a wave of anti-government attitudes since 2019 and its pro-democracy protests that were crushed under the boot heel of police action and a new national security law.

Police say they seized an assortment of items from the group, such as an unspecified amount of explosives, air guns, mobile phones, SIM cards, raw materials to construct TATP, an operating manual that advises the reader on how to plant bombs and plans to leave the city. Also, 90,000 Hong Kong dollars (almost 400,000 baht). Authorities also froze 600,000 Hong Kong dollars in various bank accounts.

Previously, in April, a 29 year old man got 2 years in jail for making a kilogramme of TATP.

Stonker
3 hours ago, Thaiger said: ... a senior superintendent from the city’s national security unit told local media that police led an operation yesterday against the “gangsters” that tried to make a TATP in a homemade lab at a hostel. …
HolyCowCm
I hate to see what their punishment will be and what they will be subjected to. Boys beaten to a pulp and the girls raped and beaten? Or harvested for organs?