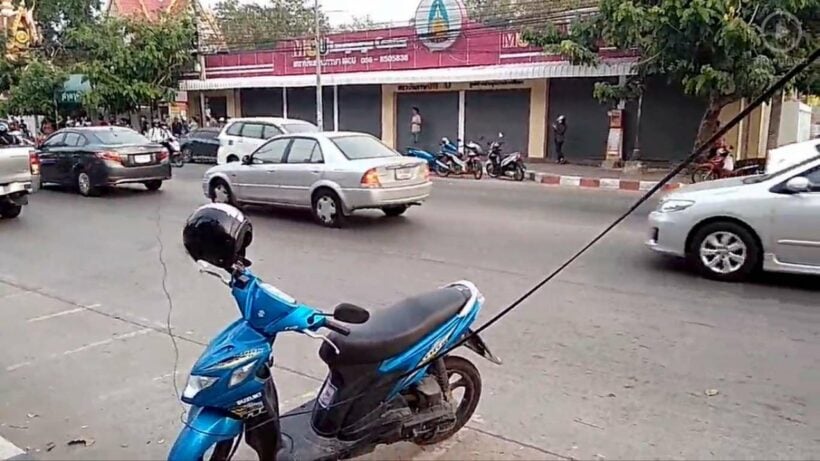 Police are investigating how a fibre optic cable detached from overhead attachments and ended up killing a woman motorcyclist.

40 year old Maneenetr Charoenngao was killed when she ran into the dangling cabling, almost decapitating her and slashing her throat.

Muang Khon Kaen deputy inspector Pol Capt Singha Hong-on said it was a small, sharp, fibre-optic cable insulated with hard black plastic. He said police were still checking what caused the cable to slip out of the power cable and hang down over the road.

The accident happened at 5pm on Wednesday in front of Khon Kaen Nakhon School.

Police checked security cameras at the school and saw a 10-wheel truck driving past with a worker on the back bending his head to avoid the cable. Maneenetr rode her motorcycle in the opposite direction at the same time and ran into the cabling as it slated her throat, sending her and her motorcycle crashing to the road.

Singha says police were checking with the provincial electricity authority as to which company owned the cable. The woman’s eldest daughter, Kanokwan Panyapim, said her family would fight until the end to find the responsible agency because her mother was the main breadwinner for the family. 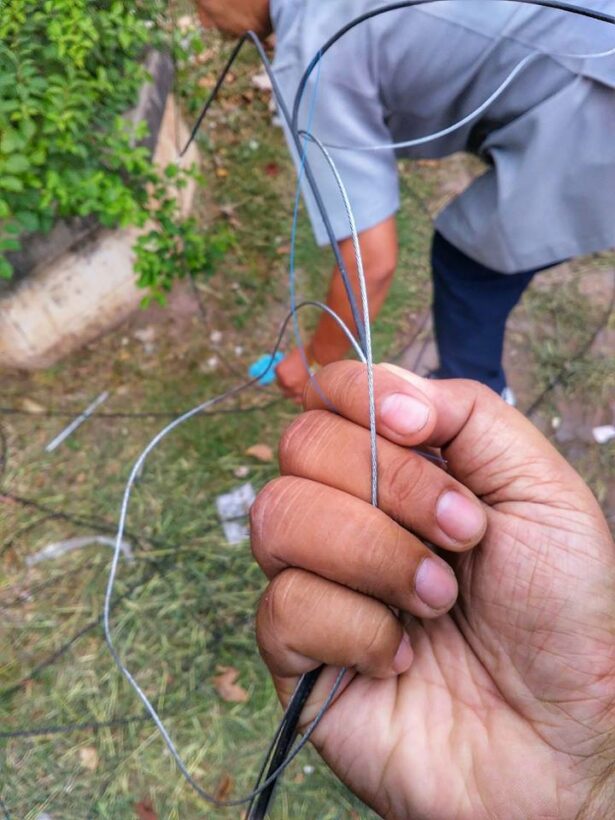