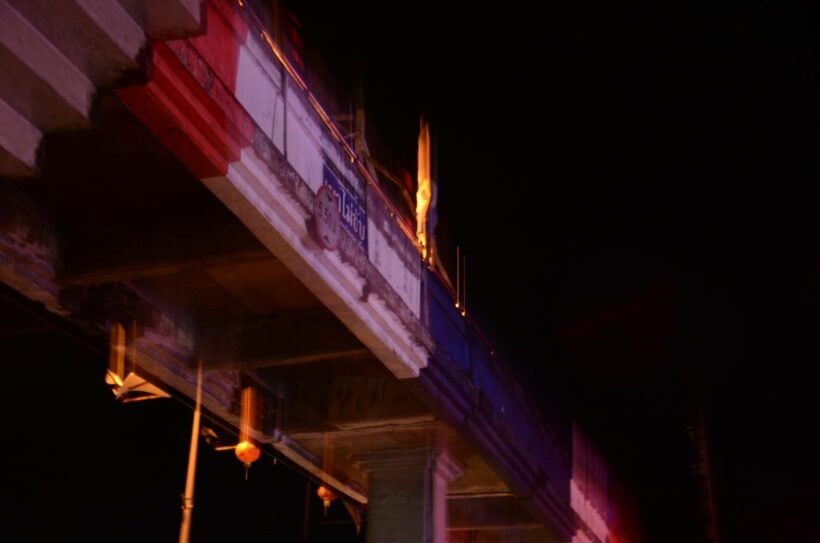 Thalang Police were notified of an incident on Thepkrassattri Road in front of the Thalang District Health Office at 11:50 last night (May 14).

Police and rescue workers arrived at the scene to find an emotional woman standing on the iron guard of the 5.5 metre bridge during heavy rain.  The woman was later identified as a 38 year old (name withheld).

Police and rescuers spent 30 minutes trying to convince the woman to come down but their pleas were ignored. Eventually the woman’s female partner was called to the scene. It took another 50 minutes of trying to talk to talk down the distressed woman. Finally she agreed to come down from the bridge.

When talking to police the 38 year old said, “I am a staff member of a hotel in Cherng Talay.  I have been in a relationship for about one year with my partner who is working at a department store.  We are living together at a rental house which is 500 metres from here. Last night we were arguing.”

Police will be referring her to counselling services following the incident.

Fire in an unused classroom in Krabi