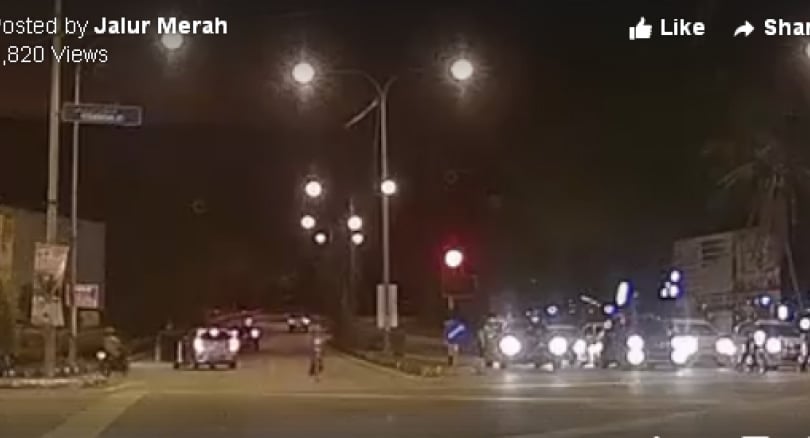 The child who was thrown out of a vehicle in an incident which occurred at the Road Transport Department traffic light junction here last night in Terengganu (May 28), was probably not secured with a seat belt, said Terengganu police chief Aidi Ismail. Terengganu is the Sultanate on the northern east coast of Malaysia.

“If the seat belt had been secured, the child would not have fallen out of the moving vehicle, even if the door was not closed properly or the door was flung open by the child,” he told Bernama on Tuesday. The 12-second video went viral on Facebook since last night after it was shared by an account holder known as “Poh KF”.

According to Aidi, so far no one has lodged a police report on the incident. The video, which has been posted on multiple Facebook groups, received thousands of comments from Malaysians urging drivers to be more aware of child safety.

The child appears to be OK after falling out of the car, brushed himself off (we think it’s a young boy), and looked around for the car.