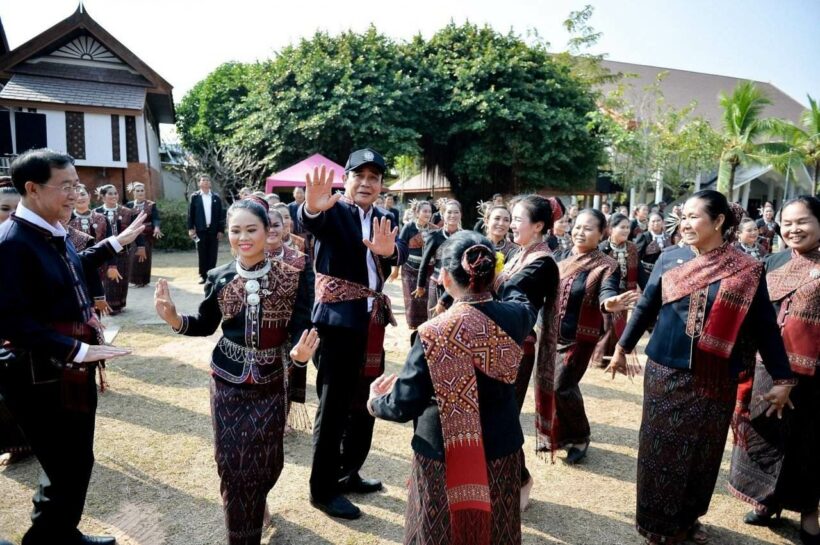 Thursday. Star Wars day. Well, it’s the premiere of the latest in the Star Wars franchise and there will be a few queues at Central and Jungceylon today. There’s also a war between our embattled Deputy PM and Defence Minister Prawit Wongsuwan and social media with more photos and more watches appearing. Let’s go to all the main stories from Phuket and Thailand today…

For the first time in more than three years, PM Prayut Chan-o-cha yesterday responded to a request for him to extend his stay in office during his visit to the northeastern province of Kalasin, by saying, “I’ll consider it”.

The Thai premier attempted to charm provincial voters as he announced a series of multi-billion-baht investment programmes to tackle poverty, water resources and other local issues.

The premier also unveiled plans to invest about 4 billion baht to improve Kalasin’s water resource management system. Prayut also gave away dozens of cows, buffaloes and agricultural tools to farmers before visiting an irrigation development project in the afternoon. Wearing a Phu Tai local costume, he seemed to enjoy meeting and dancing with the locals. 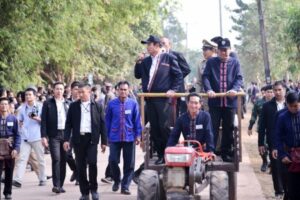 Are the 10% beach zones growing? No, say Mayor.

Patong Mayor, Chalermluck Kebsup is assuring us that the 10% zones are not creeping into 15 and 20% zones. Despite the appearance that the areas allocated for sun lounges and umbrellas seem to growing wider the Patong Mayor says everyone is, indeed, following the guidelines. She says that army and police patrols are doing spot checks to make sure that the vendors and legal traders on the beach keep to the rules. She also says that smokers have been complying with the ban on smoking on the beach and using the new smoking zones set up along Patong beach. 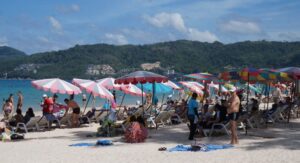 Hemp crops will be legal from January 1 in 6 Provinces

Starting on January 1, government agencies will be allowed to grow hemp in six provinces as a part of ongoing efforts to treat the plant as an economic crop.

Agencies will have to declare how they will use the hemp and present production as well as distribution plans to seek permission. Also, they will have to report their harvest schedules and transport of crops to provincial governors. The varieties allowed for cultivation must have THC levels of no more than 1 per cent of weight when dried. The government has been planning to legalise the production of hemp for years. In late 2016, the Cabinet approved a plan to let government agencies seek permission to grow, sell and possess hemp. 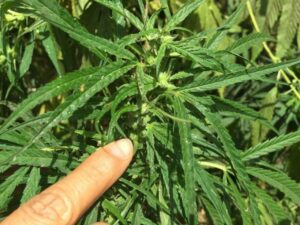 Our embattled Defence Minister and deputy PM is under the gun again with social media digging out more photos and pictures of more expensive watches.

While he has yet to clarify his possession of a multimillion-baht Richard Mille watch, social media users have raised questions about seven other watches he is seen wearing at recent events. The National Anti-Corruption Commission which is investigating the premier’s respected senior aide, yesterday said that it was ready to probe any new allegations. 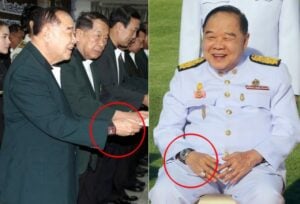 Woman falls after climbing over cabling at BKK Airport

After climbing and dangling over structural cables inside Suvarnabhumi Airport for hours, an unidentified foreign woman fell – fortunately onto an inflatable mattress set up by emergency responders.

The woman, aged between 25 and 30, was then rushed to a hospital.

Police say she was climbing from cable to cable, moving downward from the sixth floor to the fourth floor making it a bit easier for the emergency team to locate the mattress to catch her.

Tourist police officers have tried to interview her but so far she’s said nothing. A source said a tattoo on her back read “Olympic 2014”. 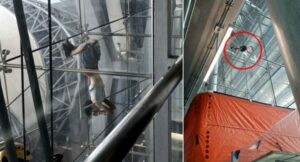 “We’ll stick to the roadmap”

Prime Minister Prayut Chan-o-cha has again re-iterated Thailand’s commitment to hold an election under its roadmap to democracy after the European Union decided to resume political contacts at all levels with Thailand.

Gen Prayut said the EU’s decision clearly shows that they recognise what the Thai government had done over the past three years and acknowledged the government’s roadmap to an election in November next year.

Gen Prayut says the government would stick to the roadmap, but the exact date for the general elections depend on the completion of the organic laws.

Daily briefings sourced from The Nation, Phuket Gazette and VOA.