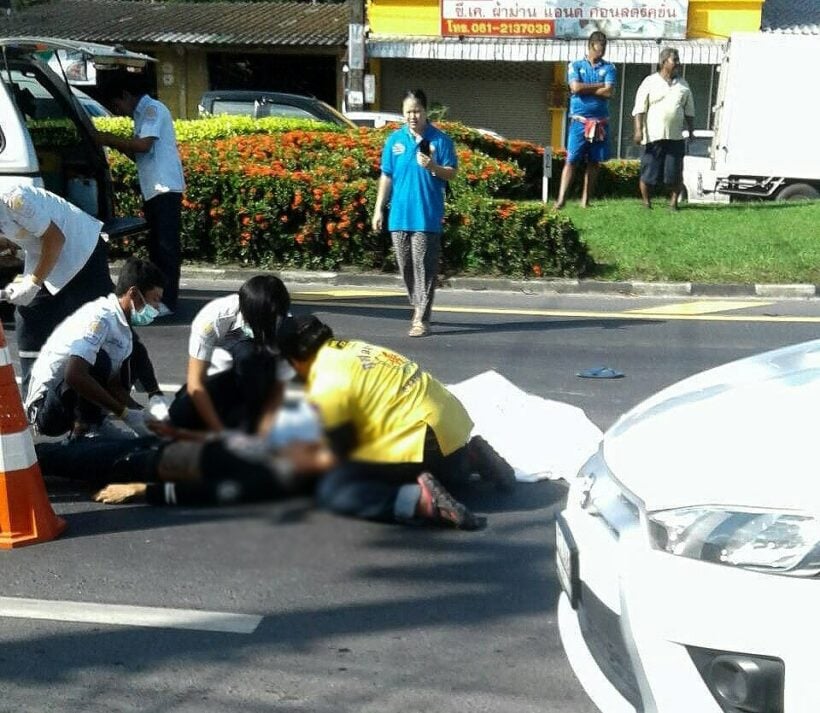 At the scene, a car, motorcycle and truck had collided. The motorcyclist died in the collision.

Police presume that the cause of accident that killed the motorcyclist, 32 year old Thongmai Chairat, and injured his passenger, Natthawut Chaikham, was that they were trying to pass through the traffic jam by riding in the middle of two lanes when they hit the car of 49 year old Wirote Utatchakul, causing the motorbike to lose control. The two on the bike then fell on the road.

The truck, which was driving in the same lane, ran over Thongmai, killing him instantly, and injuring the motorcycle passenger, Natthawut.

The driver of the truck fled and the police haven’t yet found the name of the driver or the license plate of the vehicle. Police are interviewing witnesses and reviewing CCTV footage as the investigation continues.