Asian motorsports hit another milestone this year with the introduction of the Formula 3 Asian Championships, certified by the governing body Fédération International de l’Automobile (FIA). The championship, which adopts the federation’s new single chassis, single engine concept, is a step up from the successful FIA Formula 4 Series and a great opportunity to further junior motorsports in Asia. 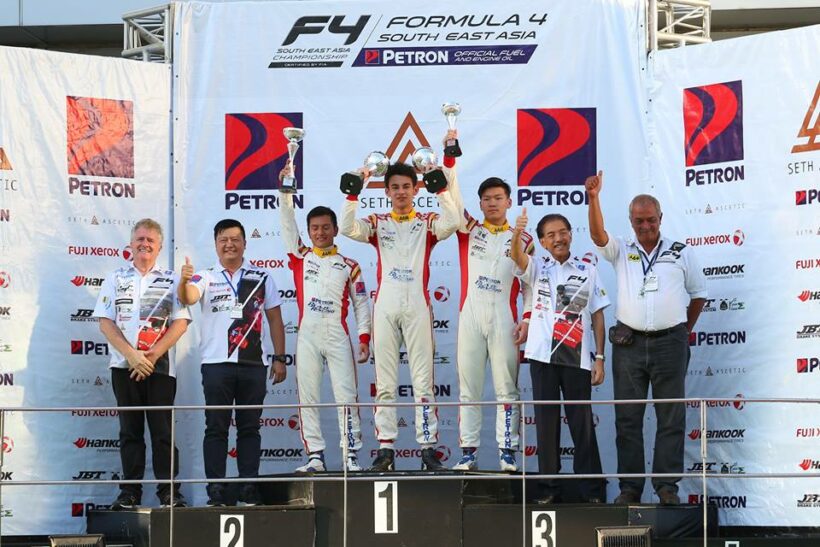 We caught up with Kane to hear his thoughts about the past season, the upcoming Formula 3 Asian Championship and Asian motorsports in general.

You have had some remarkable results this season, what has been the absolute highlight?
My highlight of the season was not really the championship wins, but my first race win on the F1 track in Sepang. It is a great track and I remember going there every year as a (younger) kid to watch the F1. Standing on the winners’ podium, which has been used by many racing greats, was a good feeling.

The FIA Formula 3 Asian Championship is a new championship under the FIA and has already garnered a lot of attention. What is so special about this new championship, and what are your expectations for the coming season?
The FIA F3 Asian series is a massive thing for motorsport in Asia, and one of three FIA F3 certified championships globally, the other two being Europe and the Americas. It is all new this year with all teams receiving new identical car and engine packages, and will be followed throughout the world. I have had some experience in older F3 cars and they are probably the purest racing cars, light, fast, strong aero packages and no gimmicks! I know I will be racing against a lot of more experienced drivers principally from Asia (Japan to India), and racing to the same standards as Europe and America, so podiums and hopefully race wins will mean a lot to me. I will also be the only Thai driver in this premier Asian Championship which hopefully will attract a lot of interest.

You are one of the young stars of Thai motorsports, and the sport is growing in popularity around the country. How would you like to see the sport developing in Thailand in the future?
Motorsports are a great thing to be in and I am really grateful for the opportunities I have had. I still go down the kart track and keep in touch with the kart drivers working their way through the ranks. I think karting is still the best introduction to racing and hope every potential young driver gets to try the sport either at the rental kart tracks, or through some of the low-cost kart racing series here in Thailand.

The Sponsorship Experts, Paul Poole (South East Asia) will be managing sponsorship and partnership marketing for Kane Shepherd F3 Asian Championship 2018. We have a number of commercial sponsorship and partnership opportunities available for brands and businesses wanting to integrate with Kane Shepherd and the new F3 Asian Championship 2018, as well as many other opportunities to create bespoke events for your brand or business.