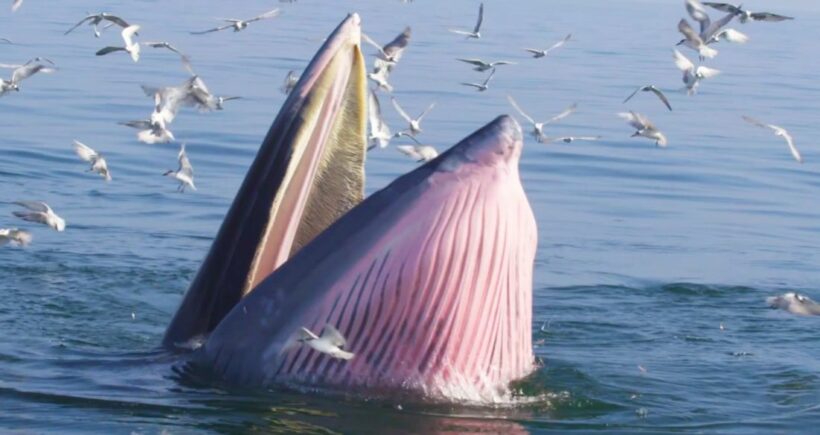 The Director of the Department of Marine and Coastal Resources says guidelines are needed for Bryde’s whale watching after more than twenty tourists rode jet-skis on a whale-watching trip in Chonburi last week.

The Nation reports that Yutthaphon Ankinandana, who is an adviser to the Minister for Natural Resources and the Environment visited the area shortly after and said such activities had a negative impact on the marine animals and their environment.

It’s understood the Minister has requested an immediate solution and asked Yutthaphon and his team to monitor the Bryde’s whales population. Companies offering sightseeing tours will be invited to a meeting to discuss what regulations should be put in place, after which a report will be sent to the government.

No more than 3 boats at a time can be near the whales and engines must be turned off if a whale approaches. Boats must remain at least 300 metres away from mothers and babies.

Aircraft used for whale watching cannot fly any lower than 300 metres, while helicopters must stay above 500 metres and drones above 50 metres. Jet skis and speed boats are not permitted due to the stress their engines can cause the whales and the fact that they may injure the marine creatures.

Sophon Thongdee, Deputy Director-General of the Department of Marine and Coastal Resources, has provided coastguard and environment personnel to monitor the area and educate local tour providers, fishermen and tourists on how to observe the whales in a way that will not adversely affect them or their environment.

“All citizens and operators of Bryde’s whales watching businesses must comply with our recommendations. Everybody should keep an eye out for actions that might affect marine and coastal resources, especially in relation to endangered marine animals. If any action is found to seriously affect marine and coastal resources, notify the department immediately. If the action is considered a legal offence, strict legal measures will be taken against the wrongdoer.”

Army chief not planning a leap into political life