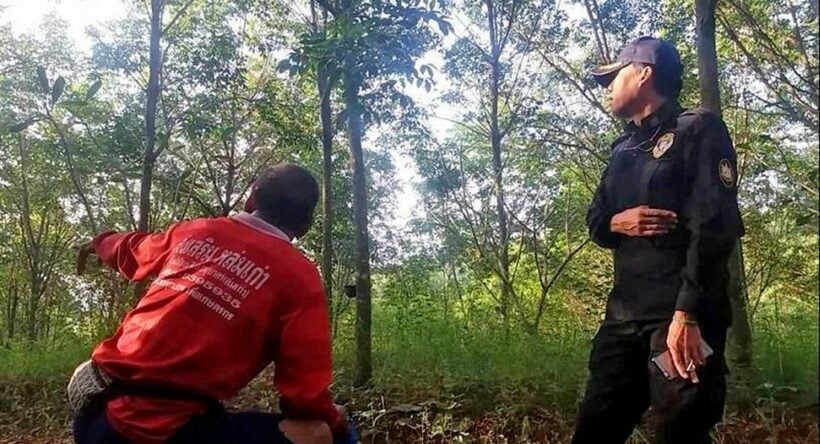 Amid the plunging price of rubber latex to below 50 baht per kilogram, concerned officials are now eyeing the potential for eliminating the encroachment of rubber trees in forests. As well as returning forests back to nature, the move would help reduce the volume of latex and thus push up prices.

Cheewapap Cheewatham, head of one of the centre’s special forest suppression taskforces, Phayak Prai, realises that suppressing illegal rubber plantations in forests is about more than pushing up plunging latex prices.

It’s about protecting the country’s precious forests, which have been extensively degraded by the expansion of this kind of plantation.

“Comparing the potential and role of pristine forests to that of plantations, you see very distinctive differences in the benefits and losses of these two types of tree plots. The fact is the benefits from our forests are shrouded by the growth of the economy, which does not reflect their true value and contribution to sustainable growth,” Cheewapap said, pointing to the remarks of a fellow researcher. 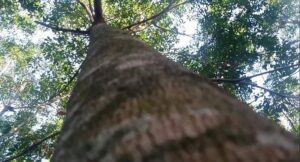 The origin of Thai rubber

Rubber is one of Thailand’s economic crops, a long-time champion export commodity with an annual volume of around 350,000 tonnes, as reported last year, worth 155,684 million baht.
The first tree was reportedly introduced more than 130 years ago to Trang province by the so-called “Father of the Rubber Tree”, Phraya Ratsadanupradit (Khaw Sim Bee na Ranong).

It became popular among residents of the South, grown in vast swathes throughout the region, quickly becoming one of the country’s prime export crops.

During the height of the Thaksin government, the Agriculture and Cooperatives Ministry in 2005 introduced the one-million-rai rubber tree project, which was aimed at expanding rubber plantations in other regions to respond to growing demand around the world, especially from China.

Tree planting expanded extensively, exceeding the initial plans, while reports of forest encroachment by the new plantations continued to surge.

According to the Natural Resources and Environment Ministry (Monre), rubber plantations nationwide account for around 30 million rai (4.8 million hectares), about triple what they were in 1986.

Of these, 8.5 million rai are in the forest, with 5.2 million sitting in forest reserves, and another 1.04 million encroaching upon the protected forests, including national parks. Yet around another 2 million more are located in the forests protected under the ageing 1941 forest law and others.

Of the 5.2 million rai encroaching on forest reserves, the Royal Forestry Department has estimated that 1.2 million rai are occupied by “Nai Tun”, rich and influential figures, many of them organised crime groups.

Of the 1.04 million rai of plantations within the protected forests, the Department of National Parks, Wildlife, and Plant Conservation has learned that around 120,000 rai are effectively under the control of Nai Tun. Nai Tun have altogether encroached on around 1.32 million rai in various types of forests. 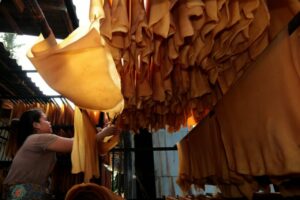 Also an academic, Cheewapap understands why rubber should not be grown in the forests.

Forests, especially those in watershed areas, have a complex system comprising components that include living organisms, whose interactions function to maintain a balance within the watershed system and the earth underneath, Cheewapap explained. This in turn provides ecological services downstream, including preservation of soil and water.

As the system is disrupted and changes occur, the rate of rainwater absorption by the soil surface, for instance, can be reduced by almost 50 per cent, thus affecting the system’s ecological services, including prevention of soil erosion.
What follows, he said, is an increase of overflows and runoffs over the soil surface, and thus flash floods.

A rubber plantation, when compared with a fertile forest, is not biologically diverse and the tree itself has shallow roots which cannot hold onto the soil underneath and thus increases the rate of soil erosion and runoff.

Worse, rubber planters tend to use fertilisers and pesticides to boost production in the forest, causing accumulative effects of chemical contamination in soil and water sources.

Cheewapap cited a 2012 study of 25 watersheds nationwide by the Pollution Control Department. It found that pollution caused by biochemical oxygen demand (BOD) occurred the most, followed by nitrogen, and pesticides, which were around 13.7 million kilograms, 4.2 million kg, and 1.15 million kg, respectively.

Southwestern and Southeastern coastal watersheds, as well as Mekong watersheds were the most affected areas as they had vast areas of rubber plantations.

Cheewapap cited another study by Dr Pongsak Witawatchutikul, a ministry forest expert, that found Thailand should have had watershed areas accounting for 25 per cent of the country’s land mass, but found that the entire forest area of the nation adds up to only around 23 per cent.

“The impacts of rubber plantations on the ecosystem are overlooked just because they look like the forests when seen from afar. But structurally, the plantations cause an extensive change to the forest structures and functions needed to sustain ecological services,” Cheewapap quotes Pongsak as saying. 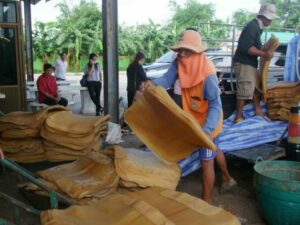 Realising how threatening rubber plantations could be, Monre recently came up with new measures to suppress their expansion in the forest. They aim to cut large quantities of latex from the plantations illegally encroaching on the forestland, and especially those owned by Nai Tun.

Despite the efforts to suppress illegal forest encroachment by the FPOC, the ministry learned that Nai Tun have applied a new trick by hiring migrant labourers to collect latex in confiscated plantations. It has thus come up with six additional measures to support the FPOC’s operation.

Besides extraditing the cases, which so far, have involved 160,000 rai of rubber plantations, the ministry has instructed the FPOC to integrate forces to block illegal latex collection from those confiscated plots.

Latex and plantations under the Forest Industry Organisation, estimated at around 86,000 rai, would also be aborted.
For cases concerning the poor, the ministry would work with the RAT to extradite classification of land uses among them.

To demonstrate how serious the state is on this issue, Prime Minister Prayut Chan-o-cha last Tuesday gave a directive for concerned officials to deal with the problem, stressing that for plantations owned by Nai Tun, no trees would be spared.
Cheewapap said based on academic findings, the argument should now be considered settled as to where rubber should be grown.

As it has long been wrongly grown in watershed areas, the solution could involve imitating a healthy forest ecosystem by planing other tree species alongside the rubber trees.

Confiscated areas in particular, he added, should be blocked from any attempts by encroachers to trespass to collect latex. They should be left undisturbed and given the chance to regenerate as natural forests again, Cheewapap stressed.