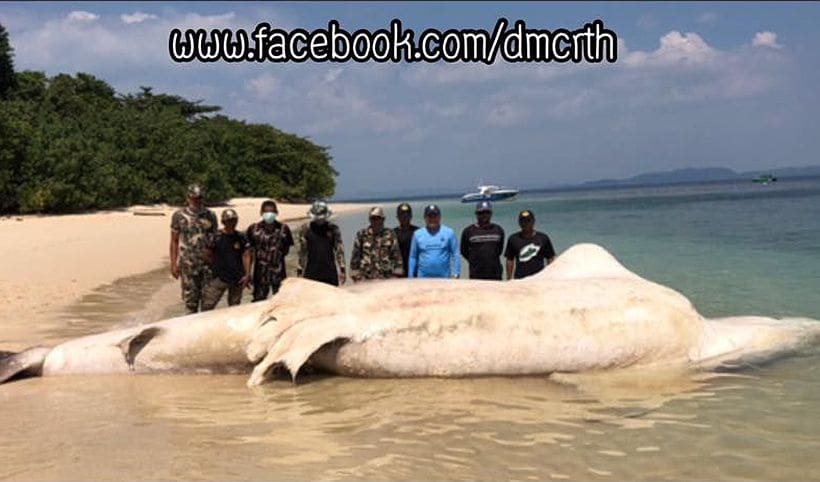 The body of a whale shark was discovered on a beach in Satun yesterday.

The Department of Marine and Coastal Resources (DMCR) is reporting that officials at the Mu Koh Paetra National Park in Satun were notified about the huge whale shark carcass that had been washed on a beach between Phang Ga Ya Bay and Ko Bulon Le.

The dead whale shark is 8.80 metres long, 4 metres wide and weighs approximately 2 tonnes. The body has already started rotting. No wounds were found on its body.

Its DNA is being tested to find the cause of death. The whale shark carcass has now been buried while its skeletons will be used for further studies. 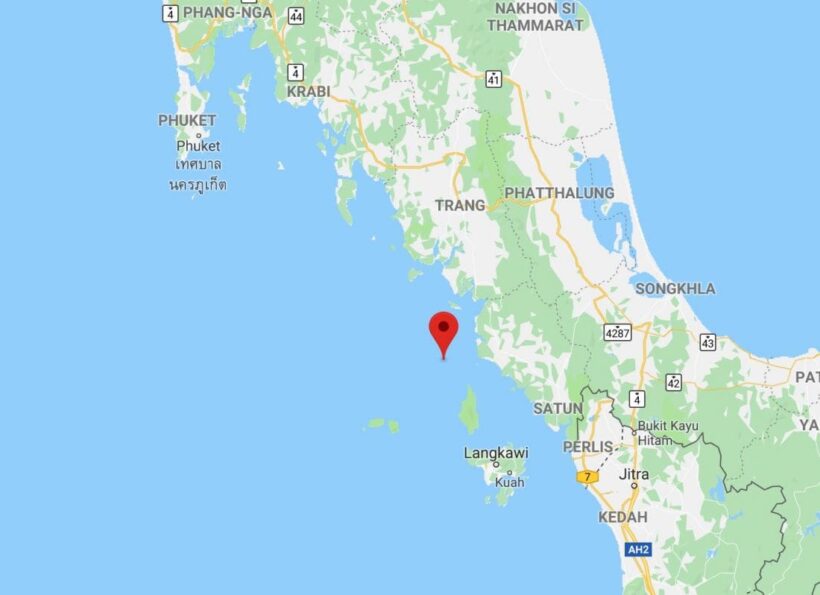 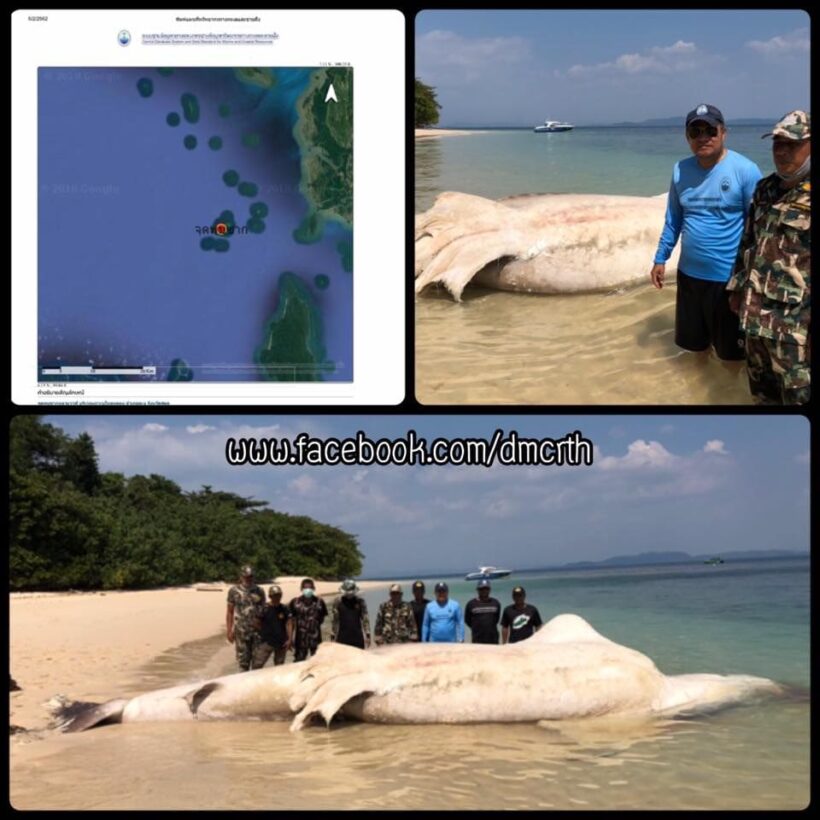