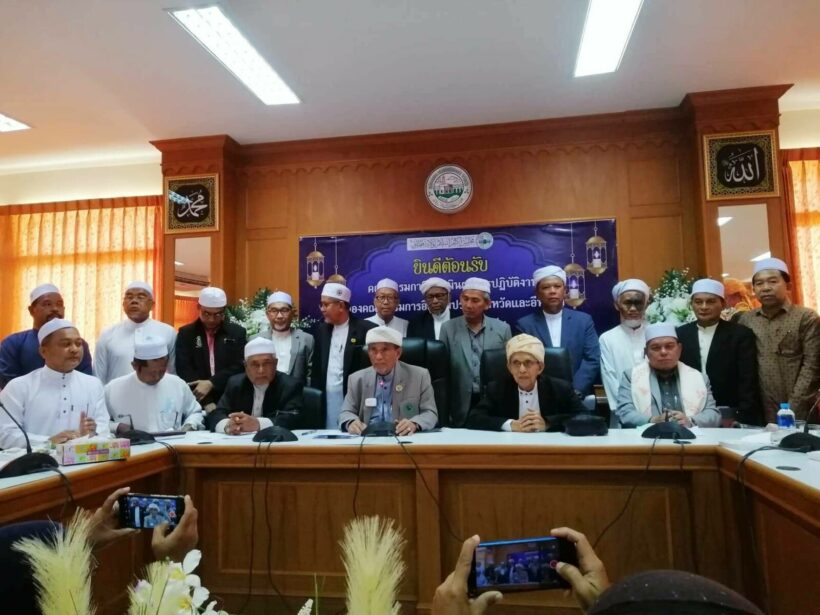 South Thailand’s Muslim leaders are rejecting the kingdom’s growing liberalism on 3 issues. On Thursday (June 23), Muslim representatives from Yala, Narathiwat, Songkhla, Satun and Pattani provinces, read a statement against 3 draft bills that are currently being debated or yet to be presented to the Thai parliament  Those bills were the Cannabis and Hemp Bill, the Progressive Liquor Act, and the Civil Partnership Bill.

Thailand’s Cannabis and Hemp Bill allows people to grow cannabis at home, although there is still confusion over some technicalities. Officials have still banned Cannabis use in areas such as schools, universities, public offices and military premises. The Progressive Liquor Act will allow Thais to brew and sell their own alcohol. The law is still in its first stages, but if it goes ahead it will be revolutionary for Thailand’s alcohol industry.

The Civil Partnership Bill bill will allow same-sex couples to ‘register’ their partnership, but not get legally married. An MP from the Move Forward Party has also introduced a members bill making similar alterations to Thailand’s Marriage Act.

But Thai Muslim leaders aren’t budging when it comes to traditional beliefs on these issues. At the reading on Thursday, the chairman of the Islamic Council of Pattani, Waedueramae Mamingji, said the League of Islamic Council of Southern Thailand does not support any of the draft laws.

Waedueramae said the councils wanted to clarify their positions because the hot debates over the 3 issues on social media are leading to confusion among Muslims.

An MP from Thailand’s Muslim-majority Prachachat Party, Sugarno Matha, said the party has informed other political parties that practising Muslims should not have to follow any laws contrary to their religious or other beliefs.

With Thailand’s increased liberalism in the rest of the country, and South Thailand’s Muslims sticking to tradition, tensions may widen even further.

Benroon
On 6/28/2022 at 8:54 AM, oldschooler said: More naivety & willful ignorance. These are national intelligence matters. Details are not out for public discussion revealing methods, sources, patterns etc. Lives continue to be saved. Google “radical Islamic terror”.  If I…
Khunwilko
Sounds like the USA!
TWS60
5 hours ago, Khunwilko said: Sounds like the USA! It's headed that way, again, for sure.  USA runs in cycles, wherein 'the liberals' whinge about mostly sensible things like rights for women, minorities and other oppressed groups.  Inevitably, freaks and…
Khunwilko
17 hours ago, TWS60 said: hat triggers predictable blow back from the right-wing "conservatives" so this is your explanation for the Supreme Court ruling on abortion? Gun laws, people on drug related sentences, the alcohol laws, and race/gender discrimination??
vlad
Abu Hanza ( Hook Hand ) Stood on the streets of London preaching hatred to the west and his followers blocked the Streets paying till he was Extradited to the US. How would our American friends on here feel if…