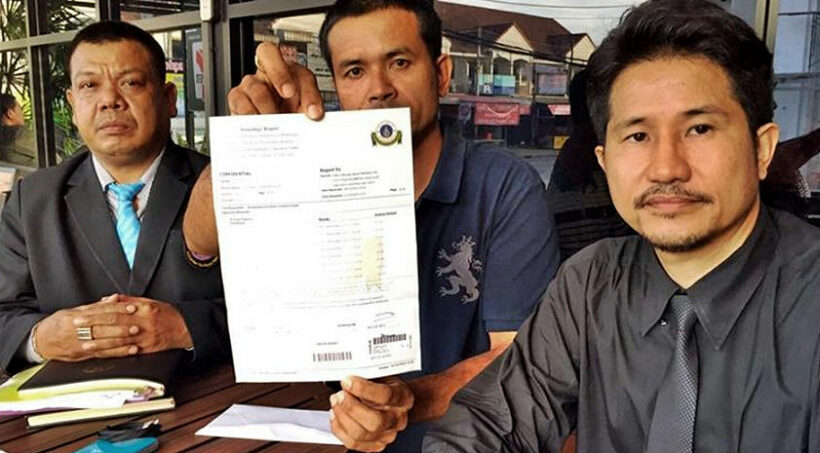 A Songkhla businessman is claiming that he was forced to sign a document admitting to using illicit drugs. 38 year old Somchai owns a banana business and is a special professor at the Songkhla Rajabhat University, and qualified electrical contractor, according to Sanook.

Somchai and his lawyer faced the media this week and presented documents from Ramathibodi Hospital in Bangkok as proof of his innocence. A drug test (Methamphetamine Urine Screening) from the Surat Thani Hospital also showed he had no traces of drugs in his system.

Somchai is demanding justice and says he is in the process of filing an official police report about the incident at a Phatthalung checkpoint on October 5.

The incident occurred around 10pm. Somchai says he was driving a Toyota SUV with Songkhla license plates. He had just delivered some bananas in Surat Thani and was heading back south to Phatthalung Province.

He arrived at a checkpoint where the officers made him take a urine test. He happily conceded to the test and returned the cup back to the officer. The officer told him to sit down while they do the drug test. The officer then took the cup to somewhere out of sight, according to the report from ThaiResident.com.

Somchai says, in his report that, while finding a seat to wait for the result of the tests, the officer held his cup and allegedly yelled… “you’re not going home tonight for sure, you have to sleep at the police station”.

The officers then got hold of him with two other persons. The police gave him an arrest document for him to sign as admitting to the drug test. At first, he denied signing, but the officer told him “just sign it so that the situation does not drag out”.

Somchai says was afraid for his own safety so he signed the paper.

The officers then took him to Surat Thani Hospital for an official and confirmation drug test. Results showed he had drugs in his system, but Somchai denies and believes it was someone else’s urine. He asked for another drug test at the hospital but the officers declined. Somchai was then placed in jail at the Surat Thani Police Station. His relatives were contacted and told to pay 50,000 baht bail to get him out of jail.

Somchai was later interrogated by another officer where he denied all charges. The officer asked him whether he believed in scientific evidence, Somchai answered he does but he doesn’t believe it was his urine. He asked for another drug test that showed no traces of drugs in his system.

Somchai went to get another drug test this time by a blood test at the Phatthalung Lab on October 8 (three days later), the test was then sent to Ramathibodi Hospital in Bangkok on October 9 that confirmed that he had no traces of drugs at that time.

Somchai states that he has never taken drugs in his life. He told the media he will be suing and will do what he can to protect his reputation and fight the charges. 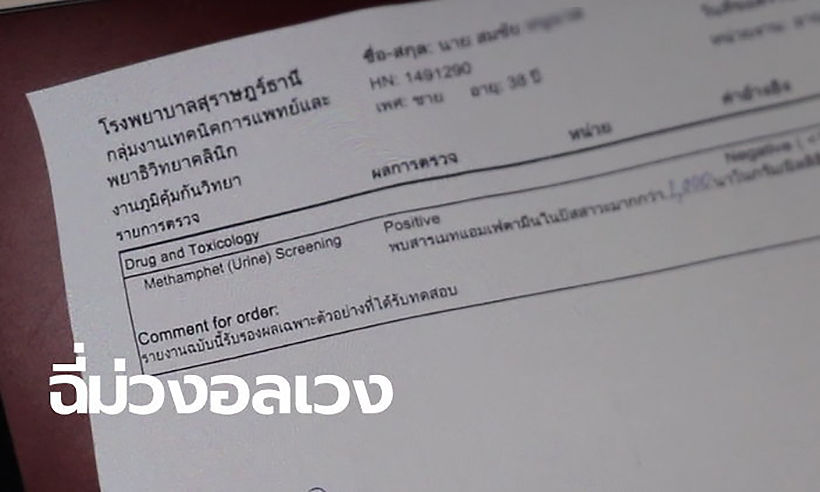