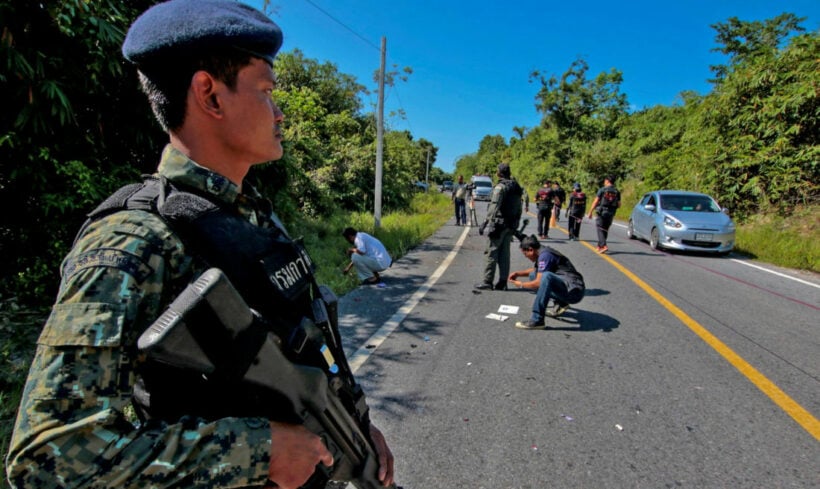 FILE PHOTO – The southern insurgency has killed more than 7,000 in the past two decades

Two rangers have suffered injuries in an ambush when insurgents detonated a roadside bomb. The attack was on a patrol unit in Pattani province last night on the main road of Moo 1 village in Tambon Paku in the Thung Yang Daeng district.

Police say the unit was patrolling the road and were approaching the Ban Padae Palus School when the bomb detonated. There were nine rangers in the patrol. They escaped serious harm as the bomb exploded just before the unit reached the roadside where the device was planted.

The two rangers injured were identified as Jiroj Kasetyungyuenspapha and Yuhari Sani. They were taken to hospital with grazes on their arms.

Police found the bomb was made with explosives weighing about 10 kilograms.

After the explosion, Colonel Phumipat Boonruangkhao, the commander of the 44th Ranger Taskforce, deployed troops to search the area and sought help from security officials in nearby Raman district in Yala to watch out for the suspects who might flee there.