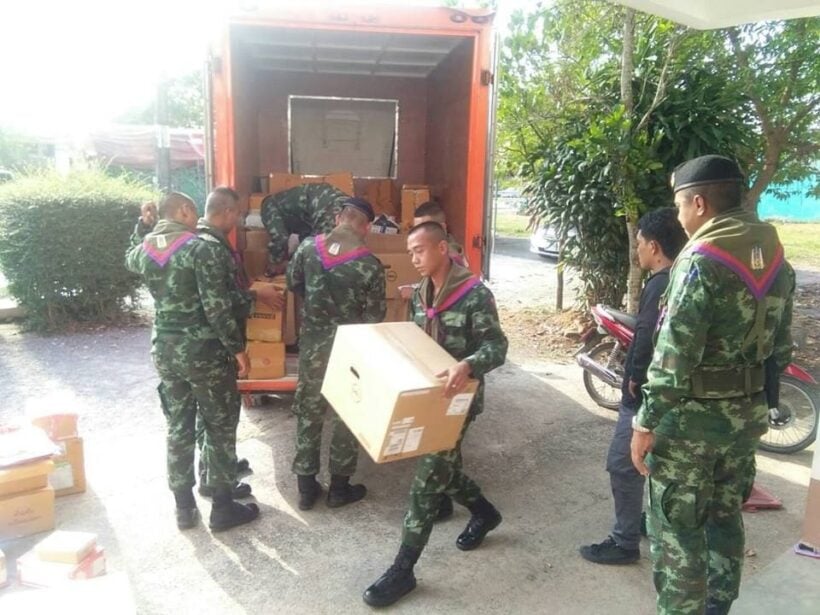 A parcel delivery driver has been found with four kilograms of marijuana in his Kerry Express pickup truck in Nakhon Si Thammarat.

They found four kilograms of dry marijuana and 26 bottles of cough syrup (containing Dextromethorphan, often used as an ingredient in crystal methamphetamine) .

The driver name Adusorn Nuchsuk says that he was driving from Bangkok to Patthalung to deliver parcels from the company.

Items seized have been taken to Chulabhon Police Station for further investigation. 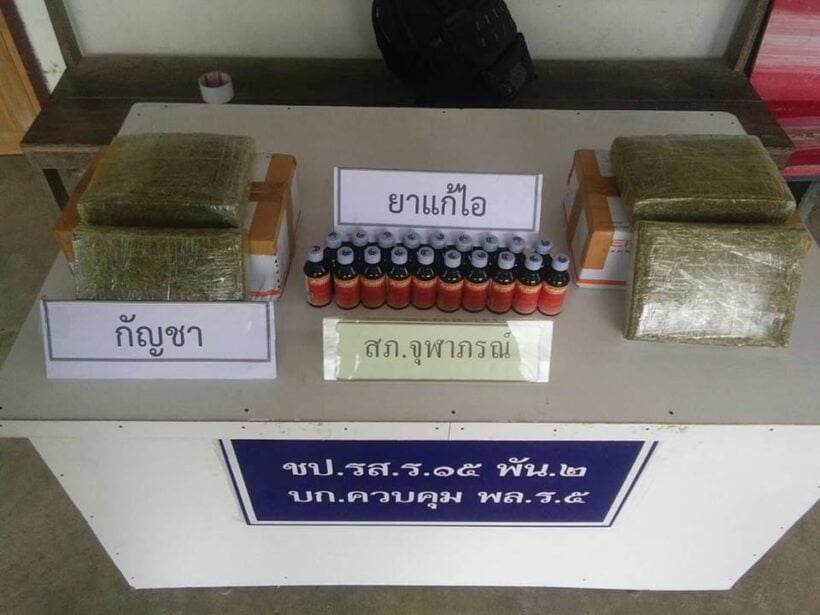 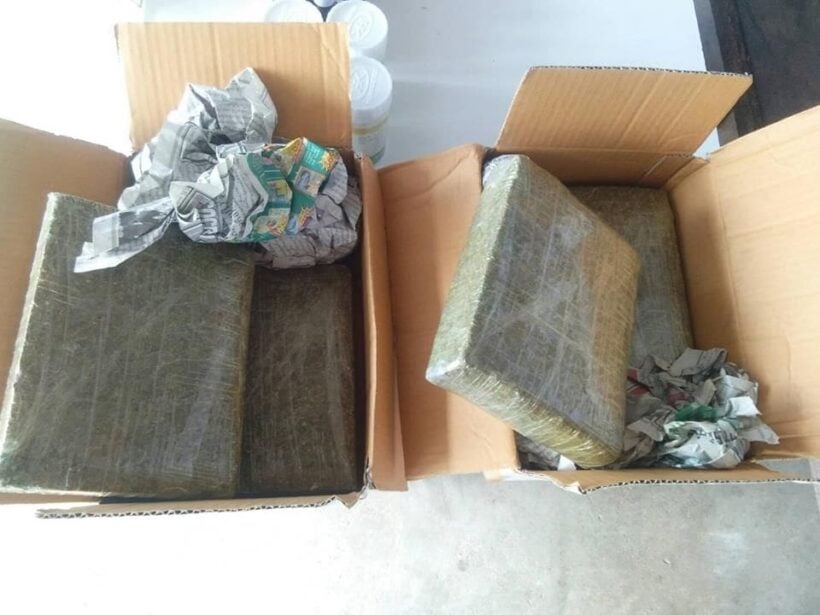