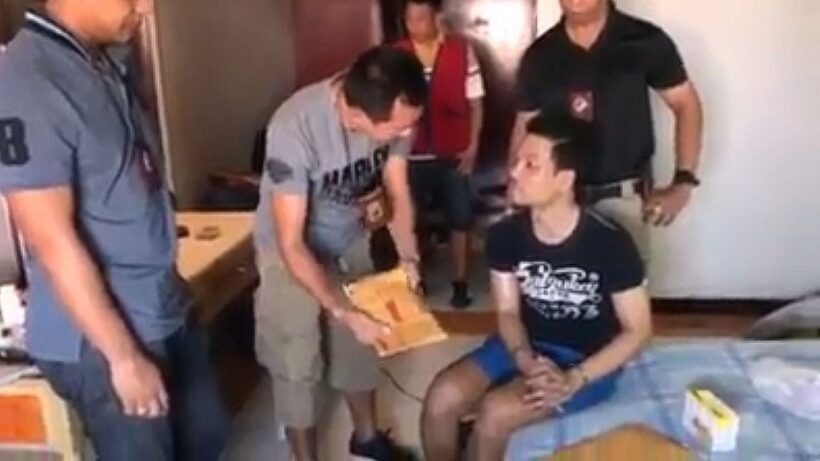 A man has been arrested in Hat Yai, Songkhla trying to smuggle crystal methamphetamine inside a book in a parcel bound for Phuket.

Hat Yai Police have arrested 31 year old Preawpan Tamakunapohn at a hotel in Hat Yai. He was found with three bags of crystal methamphetamine totaling 82.31 grams. One bag was found in his pants’ pocket while another two bags were found in a parcel box.

Drugs inside the parcel box had been placed inside a book about cosmetics. A square space was cut out of the book before putting the bag of crystal methamphetamine inside (just like the movies). The receiver was said to be a ‘Teerasak Tumorn’. The parcel was beings ent to the Phuket Bus Terminal.

Preawpan has been taken into custody and is now at Hat Yai Police Station facing legal action.