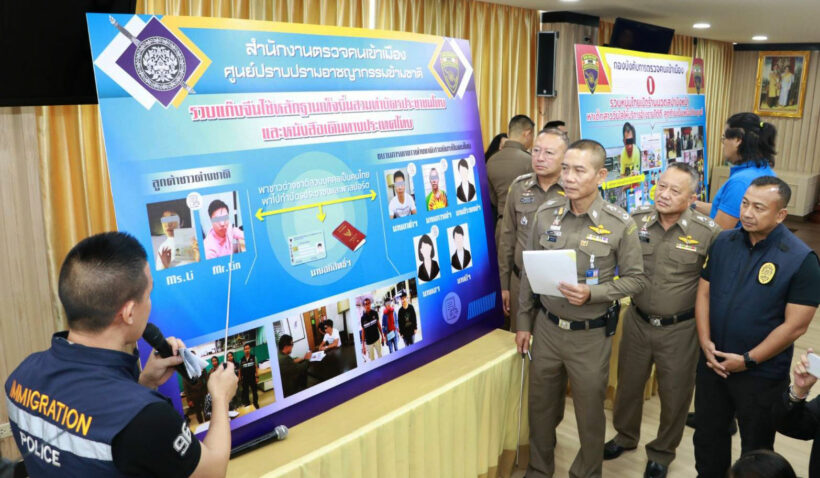 Immigration officials in Sadao, on the souther Thai border with Malaysia, have busted a Chinese man as he attempted to leave the country using a fake Thai passport and ID card.

Thai Residents reports that the man claimed to be a 47 year old Thai man named Aphisit, but officials discovered his real name is Lin and he’s from China. Lin says he’s been out of China so long that his passport expired and that he’d been tempted by an ad on the Wechat application offering Thai ID documents.

The group who placed the ad claimed to be able to provide applicants with a Thai passport and ID card within ten days, for a payment of 1.2 million baht. When Lin spoke with them, they claimed the bulk of their customers were Thai citizens who’d never had any government documentation issued in their name.

After Lin paid his money and received his forged documents, he tried to leave Thailand at the Sadao border, only for officials to become suspicious when they realised he couldn’t speak Thai. Running his details through the biometrics system showed that he had entered Thailand on a Chinese passport in 2014.

A number of other people have now been arrested alongside Lin, including three other Chinese nationals and four Thais, while police continue to investigate illegal businesses around Thailand that claim they can provide Thai ID papers and fake passports.