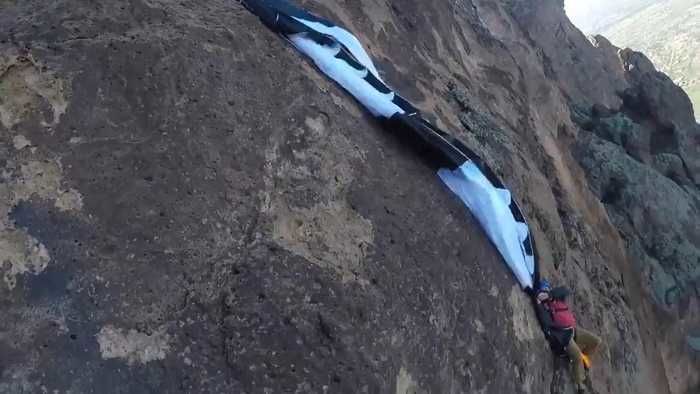 The Austrian BASE jumper was dangling a cliff for eight hours in Phattalung province, 175 metres above the ground when his open parachute snagged on a rocky outcrop of a mountain before being rescued.

‘BASE’ stands for building, antenna, span, and earth.

The base jumper, 28 year old Johannes Klauser, is safe after a harrowing rescue on Monday afternoon, when winds blew him onto a cliff face and left him dangling around 175 metres off the ground from his snagged parachute in the southern province of Phattalung. The man went with his wife to the top of 250 metre high Khao Ok Thalu mountain in the morning. After jumping, winds blew him back onto the cliff, where his parachute became caught on a rock, leaving him hanging.

The spectacle of a man suspended from a ledge enveloped in a billowing parachute drew many locals, while police and rescue workers tried to save him. 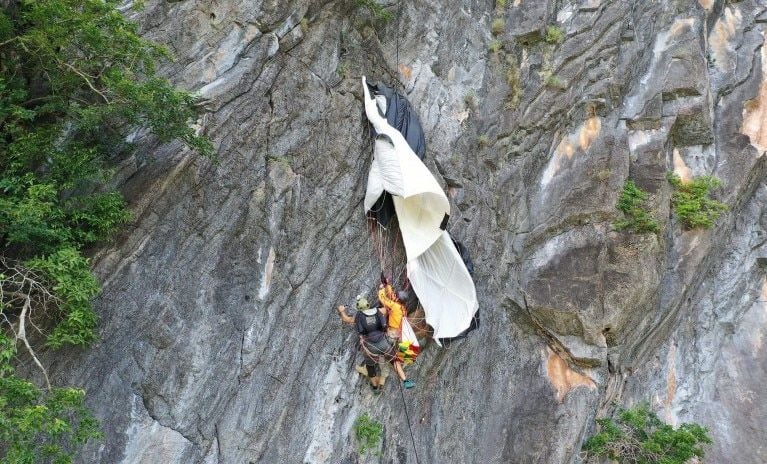 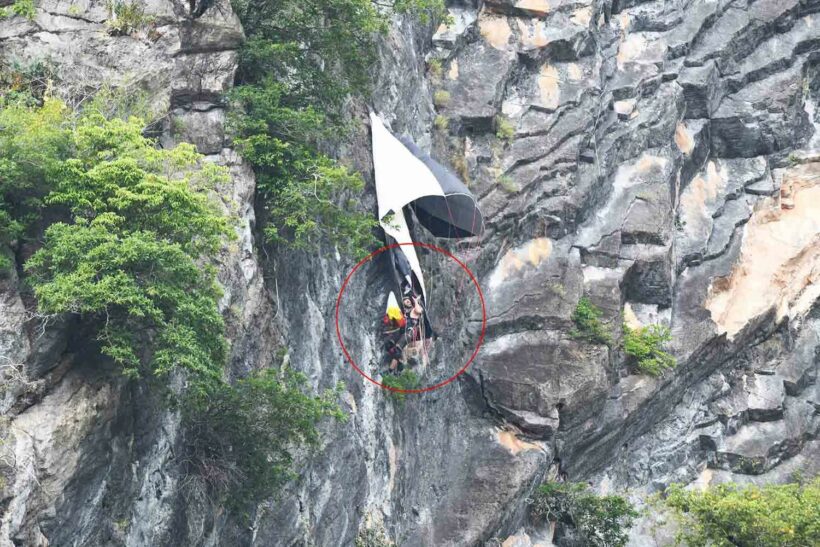 The near-fatal jump was not Klauser’s first. He and several friends performed jumps to mark National Children’s Day on Saturday. Local media report that the Austrian had twice performed jumps from the same mountaintop without incident.

Base jumper rescued after dangling from sheer cliff face in Phattalung