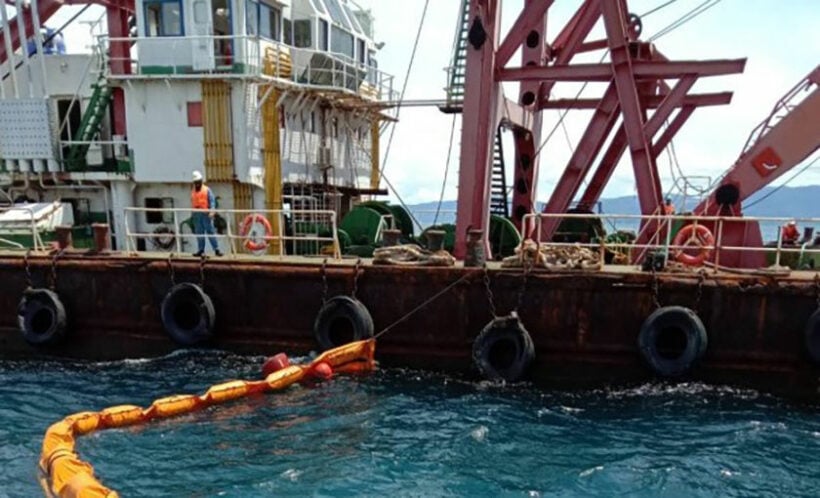 An operation to lift the sunken Raja company ferry from the seabed off Koh Samui has been delayed due to strong winds and high tide. The salvage operation is aimed at recovering the ferry and a number of garbage trucks it was transporting at the time of the sinking. The ferry sunk on the journey back from Samui to the Don Sak pier on the Surat Thani mainland on the evening of August 1 in bad weather.

Teerapong Chuaychoo, Koh Samui sub-district chief, says in order to get the boat up, workers from the salvage company MS Service, need to first flip the ferry it. It’s understood the garbage trucks which were travelling on the ferry will be loaded on to pontoons. A report in Nation Thailand says, once the operation can get underway, officials expect it to be finished in a week.

The ferry sank on the evening of August 1, when rough weather caused the 10 wheeler garbage trucks it was carrying to shift. 5 of the 16 people on board were killed, and rubbish was spilled into the sea and washed onto surrounding beaches.