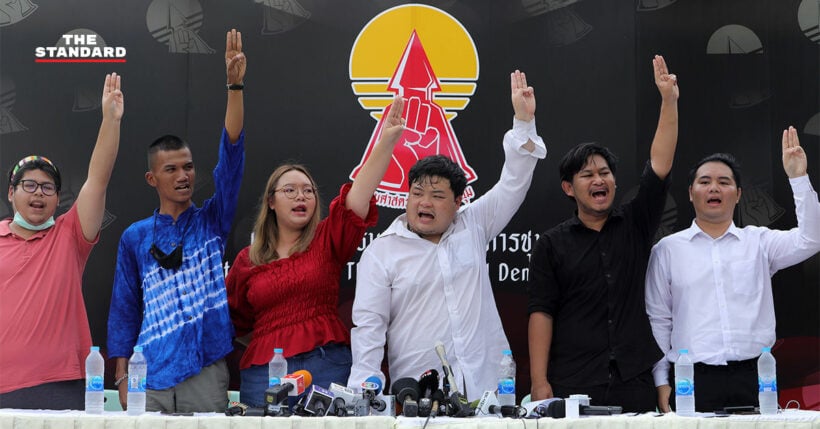 Pro-democracy activists are planning a 2 day protest in Bangkok to call for Thai Monarchy reform and demand democracy. They’re calling it… “September 19: Return the power to civilians” (translated).

Activists plan to gather at Thammasat University’s Tha Prachan campus at 2pm on September 19, camp out for the night and then march to the Government House at 8am the following day. A well-known student activist for Free Youth, Parit “Penguin” Chiwarak, says it will make history.

“(We) will intensify our fight, to inflict wounds on the dictators that they will never forget.  We will never go home empty-handed.  We will announce our victory.  If there are many protesters, our victory will be great.”

Penguin calls the university campus a “Fortress of Democracy” because of the its history with the movement. The university allows for political gatherings as long as they are legal and approved by the institution.

Hundreds have attended recent pro-democracy protests and Penguin says they are ready for a large crowd. If the campus gets too crowded, they’ll move over to the Sanam Luang, which is used for Royal ceremonies. Moving protesters to that area could get them into trouble.

“I’m sure we will be able to use Sanam Luang, even though it is prohibited by law from being used (for a political gathering) because it is a part of a palace … Yet, civilians own the land of this country too.”

Ratchadamnoen Avenue might also close down so activists can hold exhibitions and other activities related to the movement.

Soldiers are closely monitoring the activists’ plans and are preparing for any potential “confrontations,” according to army chief-of-staff and secretary-general of the Internal Security Operations Command Thirawat Bunyawat. He says soldiers will monitor the protests peacefully.

Penguin says students have their own security measures in place, noting that talk of potential violence is just an intimidation tactic used by security officials.

“If violence breaks out, it will not come from the protesters.”

The US Embassy in Thailand released advisories for last month’s demonstrations, advising Americans to stay away from the political gatherings.

“Although violence is not expected, even demonstrations intended to be peaceful can turn confrontational and escalate into violence.  Avoid areas of demonstrations, and exercise caution if in the vicinity of any large gatherings, protests, or demonstrations.”

Trials and tribulations 2. Returning to Thailand in the Covid era – a personal view