7 people are missing while 9 others have been safely rescued after a car ferry capsized shortly after leaving Koh Samui for the mainland last night. The ship was loaded with, three 10 wheel garbage trucks and a pickup truck. Onboard were 11 crewmen, 4 truck drivers and the pickup driver, and a saleswoman. The ferry left Koh Samui at 8:50pm. At about 10pm, it was hit by a storm and high waves, and capsized about 2 nautical miles from the island.

Surat Thani’s provincial governor rushed to the ferry company’s offices to direct the rescue operation. He was accompanied by the deputy governor, the Koh Samui district chief and staff from Koh Samui Hospital.

Koh Samui marine police sent out 2 patrol boats to help with the rescue. They managed to safely pluck 9 people from the stormy sea… 7 ferry crew including the skipper, 2 of the lorry drivers. 7 others… 4 of the ferry, the other truck drivers and the saleswoman – are still missing.

The governor said the rescue operation was difficult in the pouring rain while the waves were 2-3 metres high.

The rescue team continued the search for the missing into the night. The search resumed this morning. 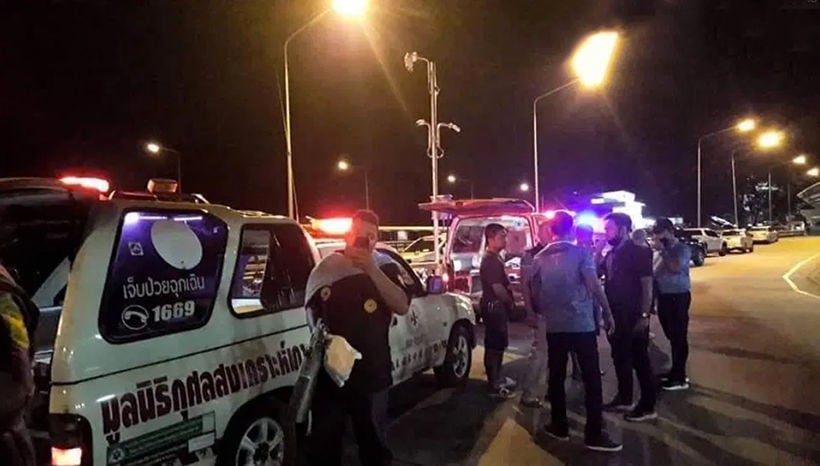