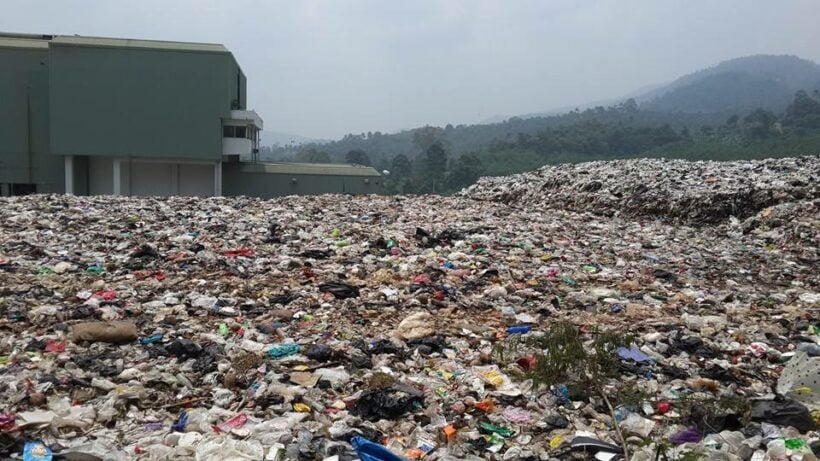 The warning came from Samui mayor Ramnate Jaikwang earlier this week as the garbage problem is getting worse.

Mayor Ramnate said at present the island’s 30-rai landfill already holds mountains of garbage of over 200,000 tons, while 150-200 tons keep coming in every day for disposal.

The local administration is calling for a bid to dispose it.

The huge piles of garbage has accumulated at its disposal plant at Tambon Maret since 2012 after its incinerator broke down.

It broke down because it burnt without proper separation of the garbage from the original sources, the Mayor said.

“With the accumulated garbage plus the daily garbage coming in, this landfill will no longer hold any more after the next eight months”, he said.

But he said that if there is no problem in the bidding, the disposal of the garbage outside the island could begin mid next month.

The Mayor says the main reason to remove the garbage out of Samui for disposal in mainland disposal plants is because of growing protests by local residents.

Local communities are concerned of the environmental impact from the garbage landfill and incinerator, he said.

“As the local administration is sympathises with them, we are getting bids from a contractor to move the garbage out for disposal outside the island as the best option to resolve the garbage problem”, he said.