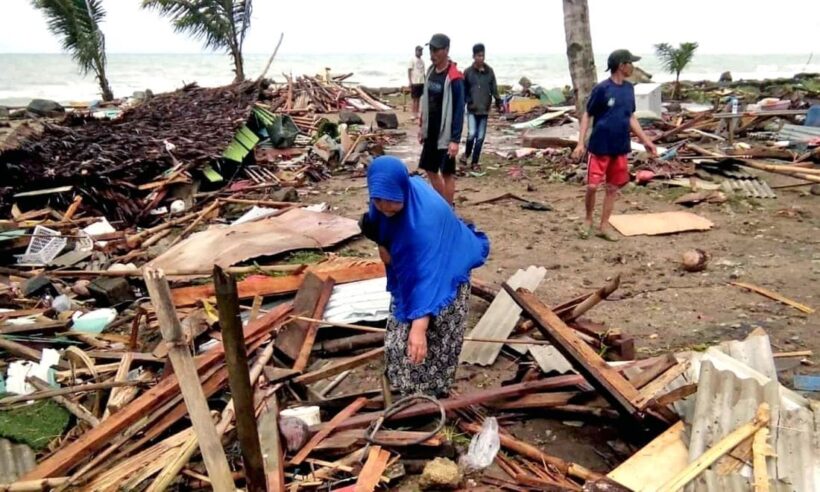 “168 dead and ‘many missing’ after Anak Krakatoa erupts”

Sutopo Purwo Nugroho, the spokesperson for the Indonesian disaster agency has confirmed the Saturday evening tsunami has left at least 168 dead, 745 injured with 30 missing. But he says he expects the death toll to rise since not all the areas which were hit have been reached yet.

The worst affected area was the Pandeglang region of Banten province in Java, which encompasses the Ujung Kulon National Park and popular beaches southwest of the capital, Jakarta.

Scientists say the tsunami was probably caused by the eruption of Anak Krakatau, a volcanic island formed over years from the nearby Krakatau volcano. They also cited high tidal waves that were caused by the full moon, which added to the volume of tsunami waves.

Sutopo has also warned that there is still the potential for another tsunami as Krakatoa is still active. There are high tide warnings in place until tomorrow and people are being urged to stay away from the coast for the time being.

“Please do not be around the beaches around the Sunda Strait. Those who have evacuated, please do not return yet,” said Rahmat Triyono, head of the meteorological agency on Sunday.