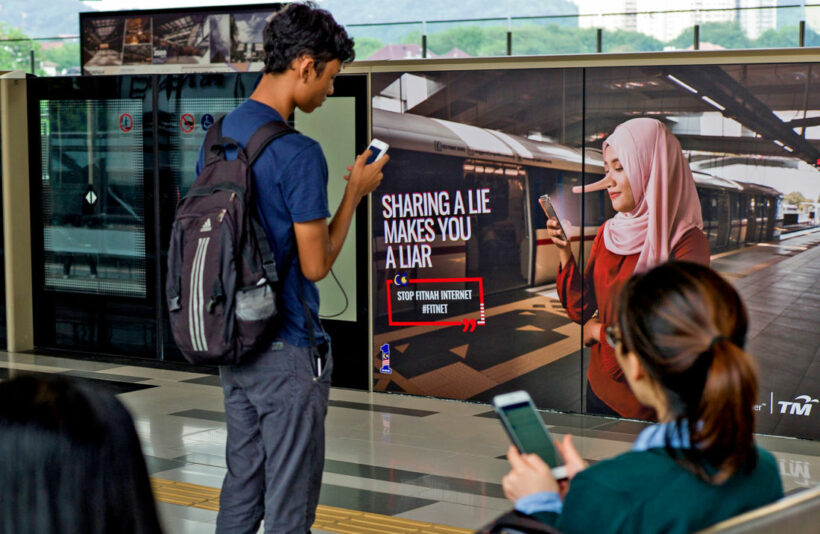 “Singapore ranks very poorly in the Reporters Without Borders’ press freedom index – 151st out of 180 countries, surrounded by countries like Russia, Bangladesh, Rwanda and Iraq.”

Singapore’s new law to combat “fake news” came into effect today despite criticism from tech giants and activists, who are labelling the tough rules as a “chilling” attempt to stifle dissent.

The law gives government ministers powers to order social media sites to put warnings next to posts authorities deem to be false, and in extreme cases get them taken down.

Facebook, Twitter and Google – who have their Asian headquarters in Singapore – were given temporary exemptions from a handful of provisions in the act to give them time to adapt. Singapore has long used a heavy-handed approach to controlling the media on the island, stifling debate and alternative media voices. The island’s main newspaper The Straits Times is considered a PR outlet for the Singapore government.

In the latest clampdown, if an action is judged to be malicious and damaging to Singapore’s interests, companies could be hit with fines of up to SG$1 million (22 million baht), while individuals could face jail terms of up to 10 years.

While Singapore may be regarded as one of the most economically free and liveable cities in the world, it doesn’t fare as well when it comes to press freedom and censorship. The skyscraper-laden financial hub languishes near the bottom of global rankings at 151st out of 180 countries in Reporters Without Borders 2019 World Press Freedom Index – time.com

Authorities in the tightly controlled country – long criticised for restricting civil liberties – insist the measures are necessary to stop the “circulation of falsehoods that could sow divisions in society and erode trust in institutions”. But the laws have sparked outrage from rights groups, who fear they could stifle online discussion, tech companies and media organisations.

Activists fear the legislation could also be used to crack down on dissent in the run-up to a general election in Singapore, expected within months, and there are concerns it could erode academic freedoms.

Journalist and activist Kirsten Han, who is the editor-in-chief of independent media outlet New Naratif, said the legislation was “extremely worrying”.

“It’s such a broad law that it’s hard to predict how it’s going to be applied. What’s of immediate concern is the chilling effect and the further entrenchment of self-censorship.”

After the law was passed in May, Google said it was concerned the legislation will “hurt innovation and the growth of the digital information ecosystem”.

Critics are especially concerned it will be up to authorities alone to judge what is “fake news”, but the government insists any decision can be challenged in the courts. It will cost just SG$200 to file an appeal and there will be no court fees for the first three days of hearings, an apparent response to complaints that most people don’t have the means to take on the government.

S. Iswaran, the Singapore minister for communications and information, insisted the law was “not so much about controlling free speech”.

“We share the common objective of wanting to allow people to engage on social media platforms… in order to have that contest of ideas,” he told CNBC.

The law could be a concern for international media, many of which have sizeable operations in the city-state. Singapore’s domestic media are largely pro-government and the country ranks very poorly in the Reporters Without Borders’ press freedom index – 151st out of 180 countries, surrounded by countries like Russia, Bangladesh, Rwanda and Iraq.

The financial hub of 5.7 million people is among several countries to have passed laws against fake news, and there are genuine concerns misinformation has been used to manipulate elections and target minority groups. But observers say authoritarian regimes around the world – encouraged by US President Donald Trump’s “war on fake news” – are exaggerating the threat to crack down on critical media.