Authorities in Thailand’s northern and northeastern provinces are watching the rising water levels in the Mekong after torrential rains have hit large stretches of the country causing flooding in both residential and agricultural areas.

The Disaster Prevention and Mitigation Department has instructed its offices in 59 provinces in all regions of the country to be “fully prepared” for overflowing rivers, flash floods and landslides following days of heavy downpours, director-general Chayapol Thitisak said yesterday. Of the 59 provinces, 17 are in the North, 20 in the Northeast, eight in the Central region and 14 in the South.

Riverside provinces like Chiang Rai, Mukdahan, Nakhon Phanom, Nong Khai and Ubon Ratchathani yesterday reported a continuing increase towards the critical point in the Mekong’s water levels. In Mukdahan, the river’s highest water level was recorded at 12.3 metres, just 18 centimetres below the bank.

After 15 days of downpours in Nakhon Phanom, water in the Mekong section passing the province stood at 11.5 metres yesterday – 1.5 metres below the critical level. This has led to many tributaries overflowing and flooding eight districts of Nakhon Phanom, prompting local authorities to declare them disaster zones.

Chiang Rai province’s riverside Chiang Khong district saw a sharp rise in the Mekong’s water levels to 7 metres, up from the normal 3-4 metres, compared to the critical level of 10 metres. The district chief, Tassanai Suthapoj, said he had convened a meeting of local administrators about preparations for possible flooding. He attributed the rise in the Mekong water volumes to heavy rains and extra water released from a dam in southern China. 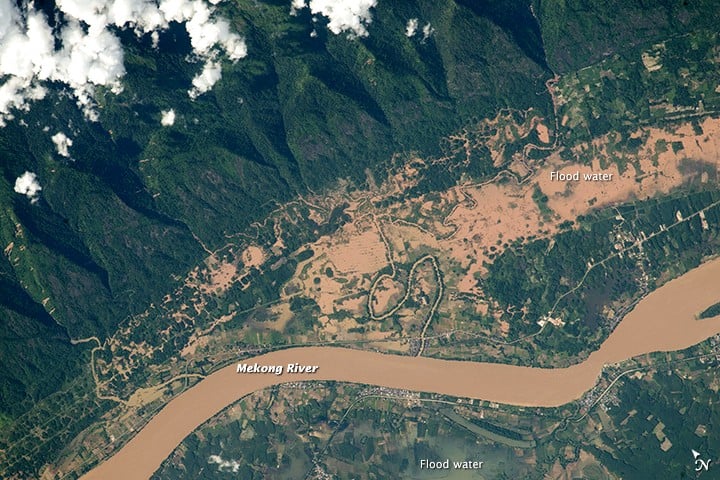 In Ubon Ratchathani, many areas in five riverside districts were flooded due to overflows from the Mekong. Several roads connecting villages and other parts of the province became impassable. Elderly villagers said they believed this year’s rains could be the heaviest in 40 years. In 1978, heavy downpours had led to the Mekong overflowing and causing severe floods that hit large farming areas of the province.

Authorities in Nong Khai province yesterday warned residents in riverside areas to be prepared for possible overflows from the Mekong, as water levels continued to rise following days of heavy rains. All river shipping operators in the province have halted operations on the river due to safety concerns. Meanwhile, four families in the Sop Moei district of the northern Mae Hong Son province were evacuated yesterday after cracks developed in their houses as a result of land subsidence. Local officials said there was a risk of landslides following heavy rains in the area.

In Nan, another northern province, 65 families in the Bo Kluea district requested state assistance for relocation after a landslide in their village left eight residents dead over the past weekend. The cremation of the eight landslide victims in Nan was held yesterday.

Large volumes of water released from Laos’ dams have been blamed for floods in many riverside provinces on the Thai side. Chainarong Setthachua, a lecturer at Maha Sarakham University, said he thought the imminent increase in the water levels in riverside areas was due to the release of water from Nam Theun 2 Dam in Laos. More release of water from Nam Ngum 5 Dam across the river could worsen the situation, he warned.

On the Laos side, flood victims in the Sanamxay district of Attapeu province were still in need of essential items, especially food, rice, drinking water, clothing, blankets, medicines and other daily necessities. More than 10,000 people were relocated to shelter centres in Attapeu and Champassak provinces after inundation from a dam collapse hit 13 villages. 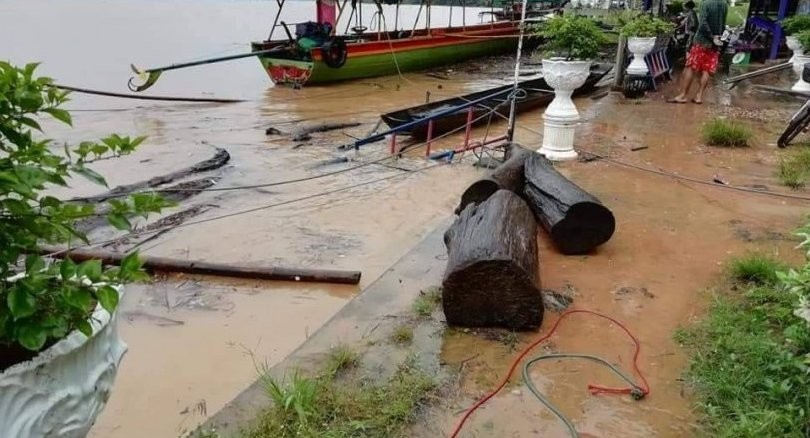 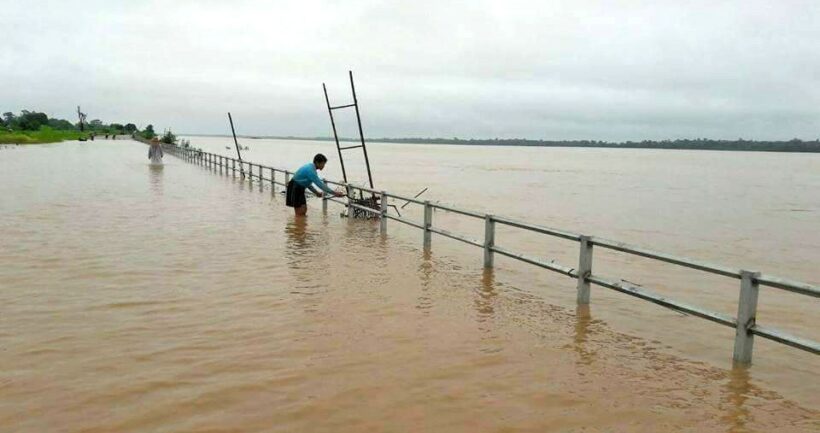