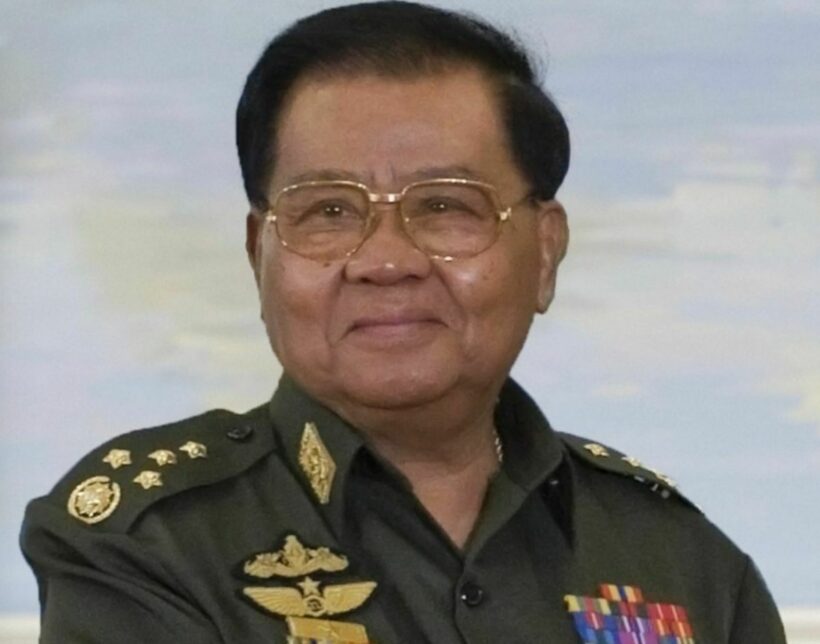 PHOTO: Than Shwe, former Burmese junta leader, has been hospitalised with Covid-19. (via Wikimedia)

As the current Burmese military junta, mired with mass civil unrest stemming from their coup February 1, struggles with the increasingly rampant Covid-19 pandemic, Than Shwe, leader of the previous military junta has been hospitalised with Covid-19. The former strongman leader, now 88 years old, is said to be in stable condition after being diagnosed with the virus.

Than Shwe rose to power in 1992 after a 1988 coup and the subsequent resignation of the previous military leader allowed him to step into the role of Prime Minister of Myanmar. He ruled the country for nearly 20 years from 1992 to 2011 when he stepped down from the Prime Minister position and handed off power to Thein Sein who worked to reform and open up Myanmar leading to democratic elections in 2016. His role as head of the Armed Forces was handed over to Min Aung Hlaing, the current leader of the military junta that seized power of the country in February.

Now the former leader still retains considerable military clout and has now been hospitalised in the capital city of Nay Pyi Taw after testing positive for Covid-19. He and his wife were both admitted to a military-controlled medical facility, though it is reported to be purely precautionary. They will be observed and treated for a period of 2 weeks though no severe negative symptoms have been reported.

Officials have been tight-lipped, with only a hospital staffer confirming Than Shwe is stable in the hospital to the Associated Press, and both military and hospital officials not responding to requests for comment from Reuters.

Myanmar has suffered greatly in recent months with the double front of civil rest protesting against the coup, all while Covid-19 outbreaks tear through the country. The instability of infrastructure has lead to many medical facilities shutting down as health workers join in anti-military protests. Now official figures state that about 300 people a day are dying of Covid-19, but medics believe that statistic is far less than the actual numbers. palooka
Hope he is not selfish and passes it on to all the current Junta.
MikeW
7 hours ago, MrStretch said: I will pray the same prayer I did when Cheeto Jesus got it, "Please let the virus do its best." I keep hoping the current idiot gets it and dies but then we will be stuck…

AlexPTY
Karma is you know what...