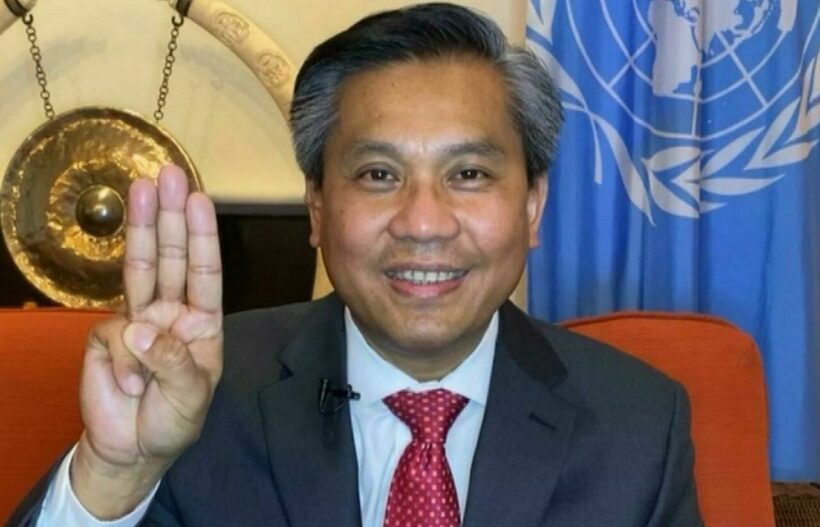 Kyaw Moe Tun has been standing in a precarious position as the current or former Burmese ambassador to the United Nations – depending on who you believe – and is now the subject of a thwarted assassination plot. The plan to murder or maim the diplomat was to be carried out by 2 Burmese nationals on US soil at the behest of a Thai arms dealer known to be selling weapons to the Burmese military.

The ambassador has been stuck in a grey area as the United Nations representative of the democratically elected government of Myanmar, a government that was overthrown by a military junta 6 months ago, a regime he has vocally opposed. When they overthrew the government, imprisoned key leaders, and started a brutal crackdown on dissent that has seen over 850 deaths since February, they also fired the UN Ambassador. But the US does not officially recognize the junta, so in their eyes, the ambassador is still the rightful representative of the rightful leadership that has been deposed in Myanmar.

Perhaps because of this turmoil, 20 year old Ye Hein Zaw representing the arms dealer contacted 28 year old Phyo Hein Htut in New York and reportedly offered US $5000 to injure or kill the ambassador. Both have been charged with conspiracy to assault and make a violent attack upon a foreign official, a crime that carries a sentence of up to 5 years in prison.

The arms dealers apparent intention was to force the ambassador to step down either through intimidation or death. The first launched a plan to tamper with the car of the ambassador to cause a crash and Phyo Hein Htut was paid $4000 up front in late July and would have received an additional $1000 upon completion of the plot.

But the conspiracy unravelled when Phyo mentioned the secret plot against the ambassador to a volunteer security guard at Myanmar’s UN mission who alerted the FBI. Ye Hein Zaw admitted to transferring the money but said he regularly moves money on behalf of the arms dealer in Thailand, citing travel to the US paid by the arms dealer recently for 2 unrelated people.

The US Attorney’s Office for the Southern District of New York revealed the plot publicly earlier today and the New York Police Department Commissioner condemned the plot against an international leader on United States soil.

gummy
A Thai arms dealer . Well bet we can conclude who he has close connections with then. The next piece of the jigsaw will be who was asked to organise this failed hit.

BuffaloWhisperer
Arms dealers, slave runners, drug smugglers... because none of them can live it up only doing day jobs.
Stardust
2 hours ago, Thaiger said: Kyaw Moe Tun has been standing in a precarious position as the current or former Burmese ambassador to the United Nations – depending on who you believe – and is now the subject of a…