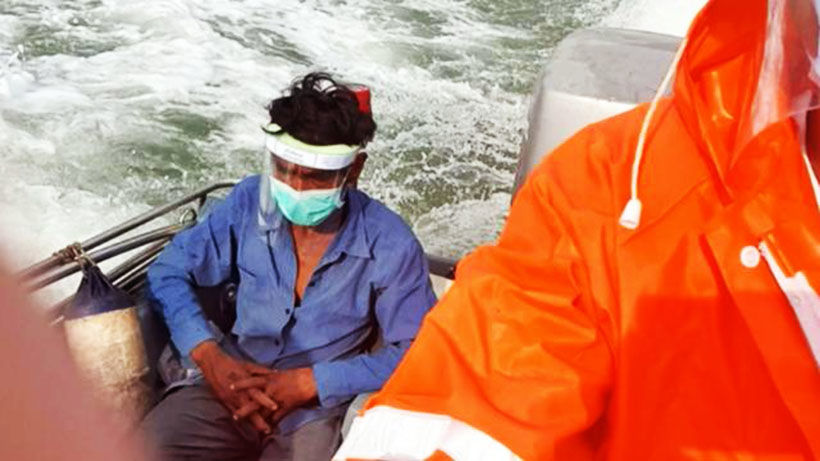 By March 23, Satun province had closed it’s border checkpoints with Malaysia to try to lessen the Covid-19 infections. But police have reported yesterday that a Thai fisherman was stranded in Malaysia after trying to swim across the border trying to return to his home.

Police have reported finding a fisherman ,45 year old Ratanapol Pan-un, a Satun province native drifting in the sea close to the shore of Puyu sub district this morning.

Satun Marine Police inspector Banjerd Manavej reports that the man actually walked all the way to the border until he could find the closest spot to swim across.

“The point where he attempted to swim is only 100 metres wide, but strong currents washed him further out to sea.”

“When he first approached the authorities he was worn out. Although he showed no symptoms of having the coronavirus, he was sent to a hospital for checkup as a precaution.”

The police inspector says “he is coordinating with the immigration police to file criminal charges against Ratanapol for his illegal entry into the country.”

Ratanapol is now being held at the state quarantine facility and he will be isolated over the next 14 days.

“He didn’t have to do this since border checkpoints will re-open on Saturday, but I understand that the man desperately needs to return home.”