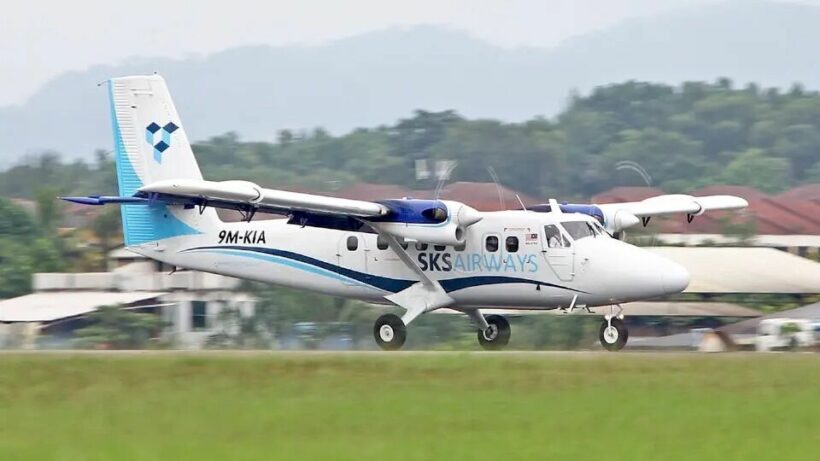 The first flight of SKS Airways took off from the smaller Subang airport near Kuala Lumpur to Pangkor. As there are no commercial flights to the islands now, it will also take passengers on its 19-seater Twin Otter turboprop aircraft to fly to a popular scuba diving spot in northeastern Redang Island and southern Tioman Island.

The airlines’ director, Rohman Ahmad, said at the launch: “As a new set-up, we are nimble, agile, flexible, and able to tap into any opportunities that arise. We are positioning ourselves to capitalize on the current pent-up demand for domestic travel”.

He also added that SKS Airways is not a low-cost carrier, but the fares will be acceptable, and that the airline’s initial target would be islands and coastal resorts with connections to key cities across Peninsular Malaysia.

The SKS Group, a real estate business based in southern Johor state, owns the carrier. It plans to grow regionally to Southeast Asia and southern China in the future with cargo and charter services out of Subang and Senai airports in Johor state. Meanwhile, other airlines in the country, like the very low-cost carrier AirAsia, are also fighting to recover from the pandemic’s impact.

Malaysian Transport Minister Wee Ka Siong said the initiation of SKS Airlines will boost domestic tourism, with Malaysian airports receiving a spike in travellers as the country’s borders are reopened.

The minister noted that Malaysia had only 11 million air passenger traffic last year, and numbers have increased in the last two months of 2021, and they have continued to increase by up to 45% this year.