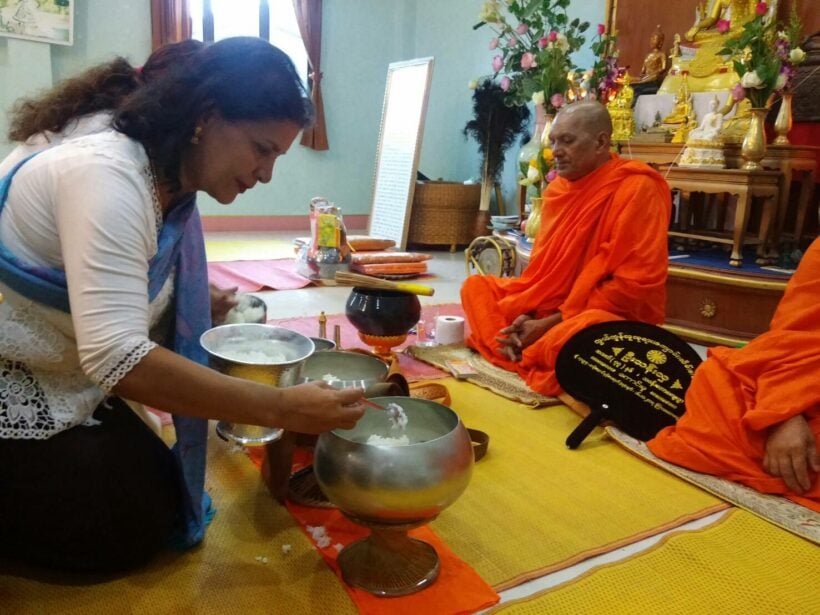 Buddha’s Birthday celebrations vary from place to place according to the different schools of the faith that have developed over the years, but regardless, the birthday of Lord Buddha remains one of the largest Buddhist festivals wherever and whenever it’s celebrated.

In Nepal, Myanmar and India the Buddha’s birthday is being celebrated today. In Thailand, South Korea and Hong Kong, the special day will be celebrated near the end of May. This situation, with the different dates, only happens once every 12 years.

Buddha was born in Lumbini in Nepal so for the Nepali community the day is one of biggest holidays of the year.

In Phuket, the Nepalese community is very active and had a special morning of activities and commemorations for the special day. The numbers of Nepalese are believed to be around 2,000 people who work and live on the island. The community have established a temple and school in Patong and has become a focus for the busy community.

Today’s festivities cap off a big summer holiday for the local Nepalese community after they ran their own summer school activities for children of the Nepali that work on the island. Most of the children have grown up in Phuket and speak Thai and English but their parents were keen for their children to learn the ‘mother tongue’ from Nepal as well. Nepalese, like other south east asian languages, including Thai, has its roots in the ancient language Sanskrit.

The students attended Nepali lessons each day for the local summer holiday break.

20 injured after bus flips over near Surat Thani 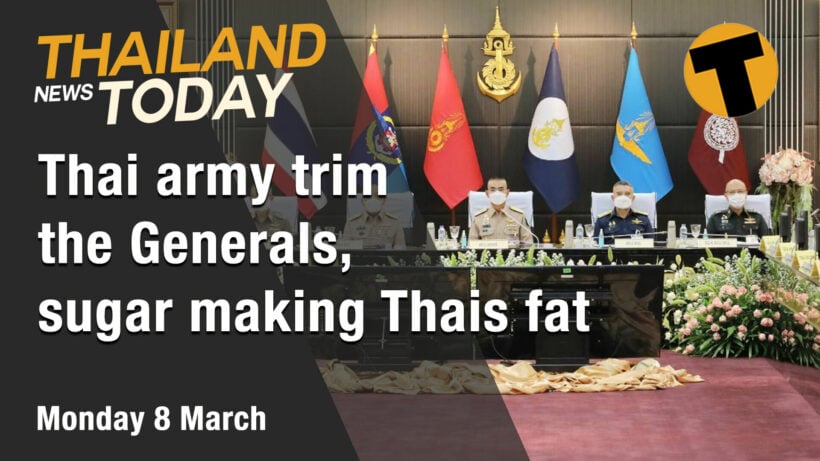 71 new Covid cases in Thailand today, the generals are being told they’re going to face pay cuts and a Thai doctors has issued a warning about the link between Thai’s love for sugary sweets and life-threatening diseases… there goes my afternoon donut. And don’t worry, I’m not going to sing my way through the news today, it’s just nice and cool in my home studio so you can enjoy the cool with me. We’ve also got a new segment at the end of the news today… you’ll see that soon enough.

71 new coronavirus cases have been announced today, 31 of them from the hotzone of Samut Sakhon, just south of Bangkok. This beings the total number of confirmed cases in Thailand to 26,441.

The death toll remains at 85 people.

The Thai Army, Navy and Air Force are aiming to trim the number of generals in the ranks by 25% by 2029. But plenty of critics say the plan is probably just more words and won’t ever happen.

A Thai doctor is reminding Thais about the clear links between eating sugary foods and the risk of various life-threatening diseases, including cancer. The doctor warns that high consumption of sugar can trigger everything from fatty liver, clogged arteries and liver cancer. 4 million Thais have been diagnosed with diabetes.

Hotels in the northern province of Chiang Mai have been forced to slash rates by up to 90%, desperately trying to attract more local tourists. The northern chapter of the Thai Hotels Association, claims, with tourists mainly favouring the southern beach destinations over the past month month, hotel operators in the north are now planning for low season.

Anti-government activists gathered at Bangkok’s Democracy Monument yesterday. Although the anti-government protests have kicked off again after a 2 month hiatus, the numbers are well down on last years crowds, now measuring more in the hundreds than the thousands.

Meanwhile the protest leader Panusaya aka “Rung”, has been hit with a fine of nearly 6 million baht. Her crime? Allegedly removing plants at the Democracy Monument. Panusaya and 5 other activists have been charged with removing plants placed as decoration around the monument, during a political rally back on February 13. 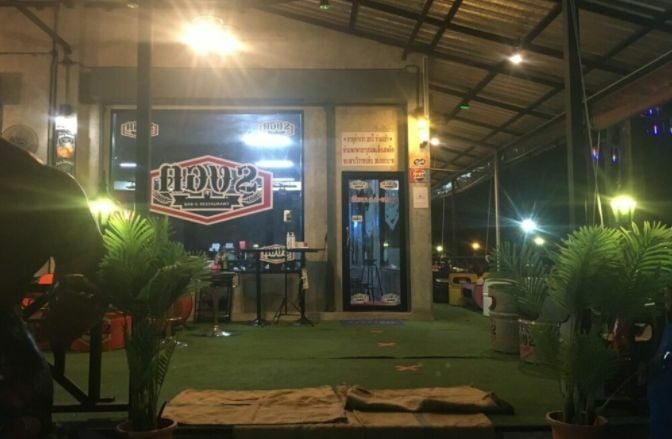 A local politician allegedly shot 4 people at a pub in Nakhon Phanom. Witnesses told the Bangkok Post that the man started firing shots at throughout the pub because he was drunk and unhappy with the table service. Police arrested 58 year old Paisal Saengnarai, who is a kamnan, the governing official of a tambon or sub district.

Witnesses say the kamnan of tambon Na-ngua at the pub drinking with friends when he got unhappy with the waiter. He then walked out to his car, drove to the front of the pub, grabbed his 9mm CZ pistol and started firing random shots in the pub, witnesses said, according to the Bangkok Post.

8 to 9 shots were fired, hitting 4 customers at the pub. They were rushed to Ban Phaeng Hospital. Paisal was arrested on a firearms charge. 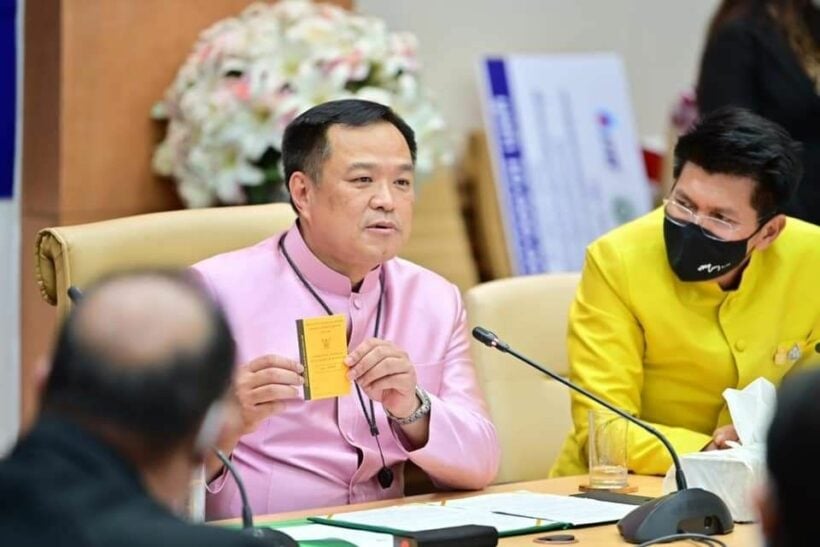 If you’ve been vaccinated against the coronavirus, the mandatory quarantine period will be reduced from 14 days to 7 days. The announcement was made by Thailand’s Public Health Minister Anutin Charnvirankul in a press conference yesterday afternoon. Those who haven’t been vaccinated, but have a medical certificate declaring that they are Covid-free, will be required to quarantine to 10 days, Anutin said, according to Reuters.

Minister Anutin says vaccinations must be administered within 3 months of travelling to Thailand. Travellers must still show negative Covid-19 test results issued within 72 hours of their departure to Thailand. Those travelling from Africa must still quarantine for 14 days “due to concerns about new variants of the coronavirus”.

We’ll update the details on this announcement as they come to hand.