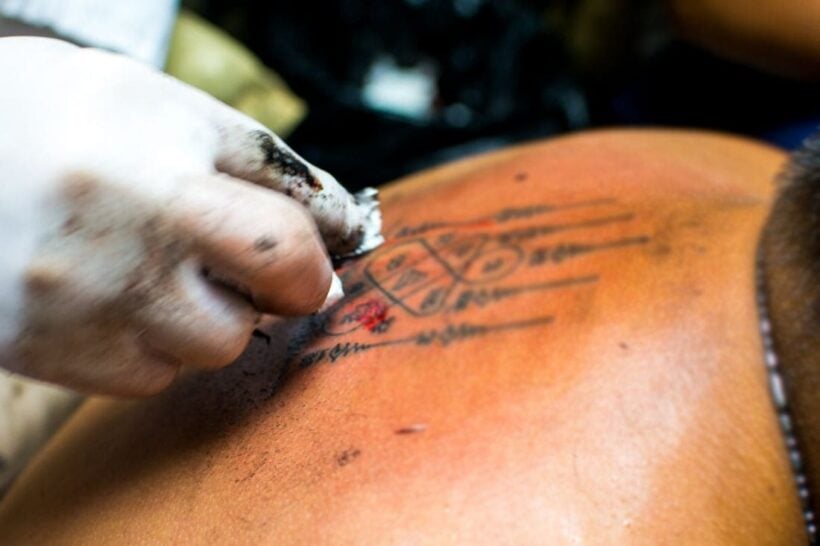 The Patong Municipality has issued a notice to tattoo operators in Patong to strictly follow health regulations.

The notice stated that ”Many media have reported about four people dying from alleged infections from a tattoo shop in Bangkok. The investigation is underway.”

“For health protection with tattoo customers Patong Municipality is requesting tattoo operators to follow these guidelines.”

“1. Tattoo operators must clean and sterilise equipment. One-time-use equipment should be used.”

“3. Tattoo needles, tattoo ink, cotton pads and gloves must be used only one time (must not re-use). These items must be thrown in a bin for infectious items and sent to the health division for destruction.”

“4. Tattoo operators must ask customers about personal health problems first. Diabetes and Hemophilia customers and hemophiliacs should not be serviced”

“5. Tattoo operators should advise customers after having a tattoo to avoid infection such as not going into sea water.”

Meanwhile, Bangkok’s governor Pol General Aswin Kwanmuang is instructing officials and related agencies to inspect tattoo shops at markets, following the shocking report that four female friends recently died of AIDS-related illnesses after having tattoos together at Klong Lot market near the Grand Palace in March.

Aswin was speaking on Monday as officials from the Bangkok Metropolitan Administration (BMA)Department of Health and Phra Nakhon District Office checked the motorcycle-attached stall in question and found it did not meet the required standards of hygiene.

The 50 year old father of one of the women, Som (not her real name), aged 22, had earlier told reporters he suspected that his daughter might have contracted HIV from a dirty tattoo needle. His story is in itself contentious, however, because the death certificate he showed reporters states that she had been HIV-positive for more than one year.

The tattoo shop owner, Somchai Ariya, insisted he used a new, clean needle on every customer. He admitted he was the person who had tattooed the four women but said he had never had a problem with any customer in the 10 years he had been providing the service.

SOURCE: The Thaiger, The Nation 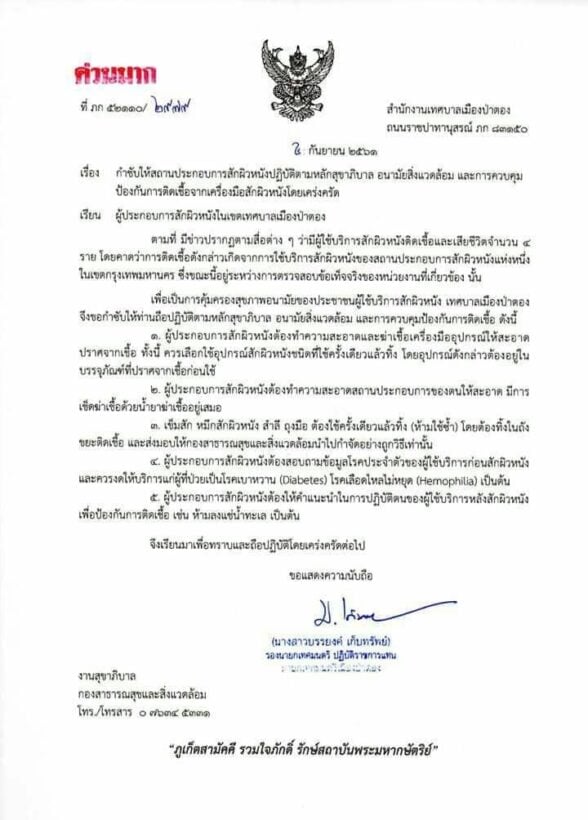