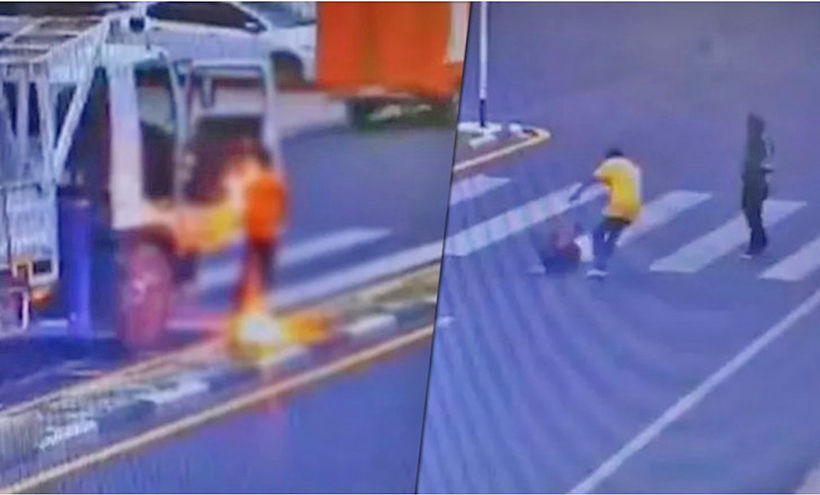 A 6 wheeler truck in the southern province of Phuket got entangled in power lines hanging above the road on Thursday, and sparks caused the wheels to catch fire. The driver tried to escape, but when his feet touched the ground, he burst into flames. He fell to the ground but managed to roll away. Police were notified of a critically injured driver who’d been electrocuted at the Chao fah Intersection in Vichit, Phuket City.

Authorities found that the truck had a metal structure about 2.5 metres tall. The structure had hooked onto high voltage lines that were hanging above the intersection. Another passenger was inside the truck but managed to jump out without being electrocuted. CCTV in the area showed the Victor 500 6 wheeler with a Bangkok license plate driving from Phuket City heading to Chalong. At a red light at the intersection, the truck slowly stopped and the structure hooked onto the power lines.

Video showed the truck catch fire, including the wheels. Driver Piya Pumnuan quickly opened the door and stepped onto the road. As soon as his foot hit the ground Piya went up in flames before falling to the ground. The passenger followed and jumped out from the driver’s side, managing to jump far enough that he was not electrocuted.

He later returned to help pull Piya out of the area, but not before the right front wheel exploded, injuring Piya even more. Piya tried his best to crawl out of the area, but had no energy and ended up rolling into the next lane. The passenger and a good samaritan carried him to the side of the road. Officials were notified and Piya was rushed to the hospital. Officials from the Electricity Authority cut the power and moved the truck off the main road. 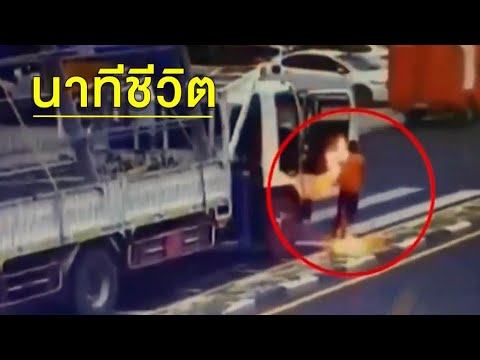 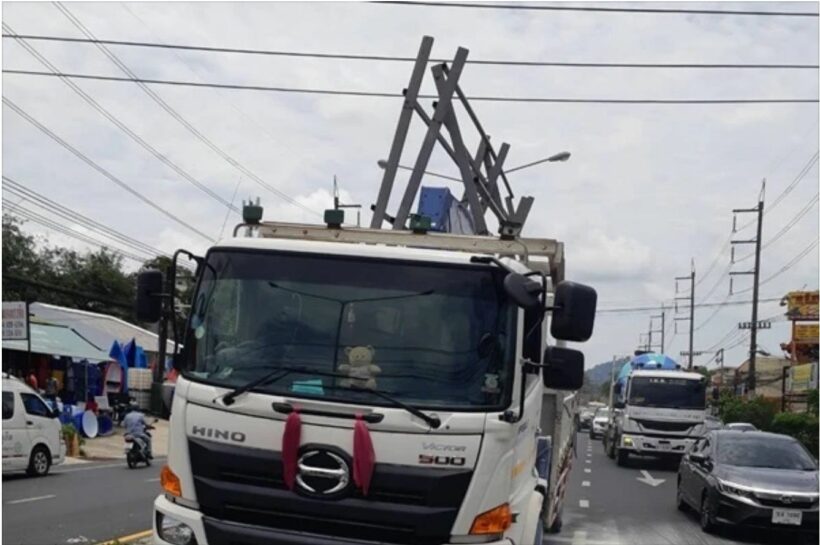 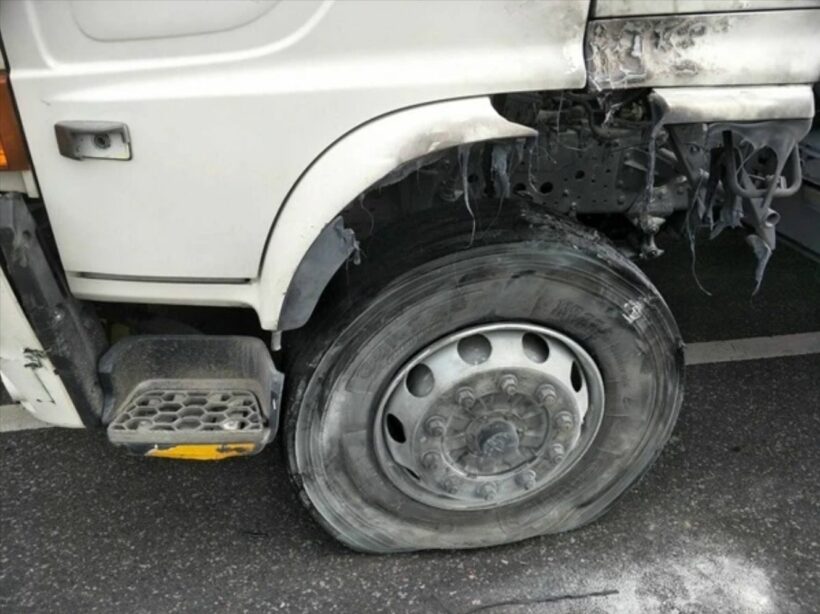