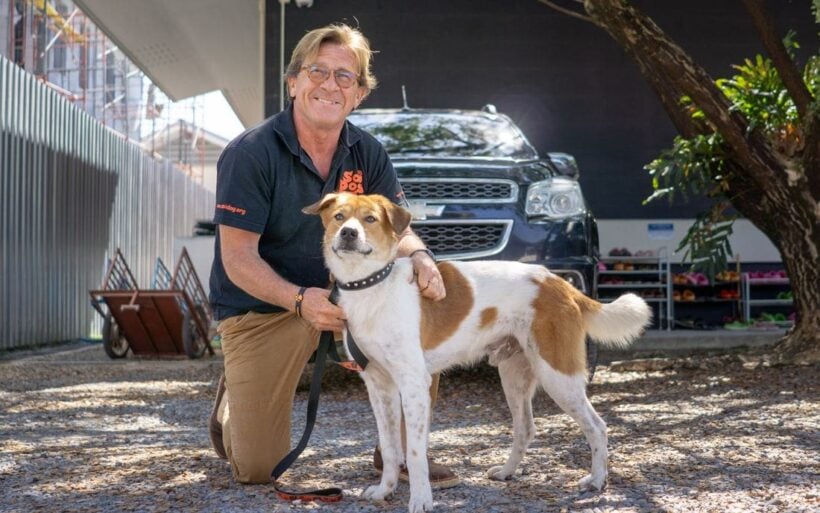 After many a long walk on Phuket’s tough roads, through the heat and rain, Toto, the dog who never gave up looking for his owner, eventually found in himself in Rawai, a long way from where his journey began.

Saranyoo Hassanai, who works at Chalong Bay, spoke to Newshawk Phuket about the stray dog that had been hanging around Ao Chalong Pier in December, seemingly intent in finding its owner.

Following weeks of roaming, he is now in the care of the Soi Dog Foundation and ready to find a new home.

Toto, a 3 year old male dog, was abandoned in November 2018 when his owner returned to France and chose to leave his loyal dog behind with somebody who couldn’t take care of him properly or protect him from being abused by neighbours.

The journey of this poor dog started that day. Somehow he escaped and ended up at Chalong Pier, where he was found in December.

According to eye-witnesses, Toto repeatedly jumped on tour boats that were tied up to the pier every day and even jumped into the water, intent on following one of the boats in the hope of finding his owner.

Sadly, he didn’t realise he had been abandoned by the one he was looking for the whole time. Later that month, he was reported to have disappeared from Chalong Pier.

Fortunately for Toto, a kind man from Finland noticed him after he was seen following some tourists from Soi Saiyuan 4 to Soi Saiyuan 10 in Rawai. Though he was not injured, Toto’s nails were completely worn out because of the distances he had run on the hard surface of the road, desperately searching for his family.

The man took Toto to rest at his house before sending him to Soi Dog’s mobile clinic which was in Rawai at the time. Toto needed sterilising and vaccinating. The vets in the clinic gave him a full health check and tick control treatment and declared him fit and healthy.

“Toto had no tattoo on his ear but was wearing a black collar with a pink rubber band to identify him. He is incredibly friendly and craves affection and security. Everything about him says he is yearning for a loving home,” said his rescuer.

“Sadly, I cannot adopt him as I am leaving for Europe soon but I will make sure he does not end up back on the streets, even if we fail to find a new home for him by that time. If you ever wanted a loving dog who would walk through fire for you, Toto is that dog.”

Soi Dog Foundation have confirmed Toto is ready for adoption.

“This beautiful dog deserves a home. He has been searching and searching and, clearly, the owner he was looking for doesn’t deserve him. So many foreigners here take a dog thinking they are helping the dog but it is actually for selfish gain because when they leave the country, they think they can just leave the dog with someone else. There are so many cases like this.”

“It’s better to leave the dog on the street than to take them home for a short time only to abandon them,” said John Higgs, a Board Member of Soi Dog Foundation.

Toto is waiting at Soi Dog Foundation for a second chance to become somebody’s best friend. His only wish now is to have a caring family who can give him a place to call his own and a home where he really belongs. 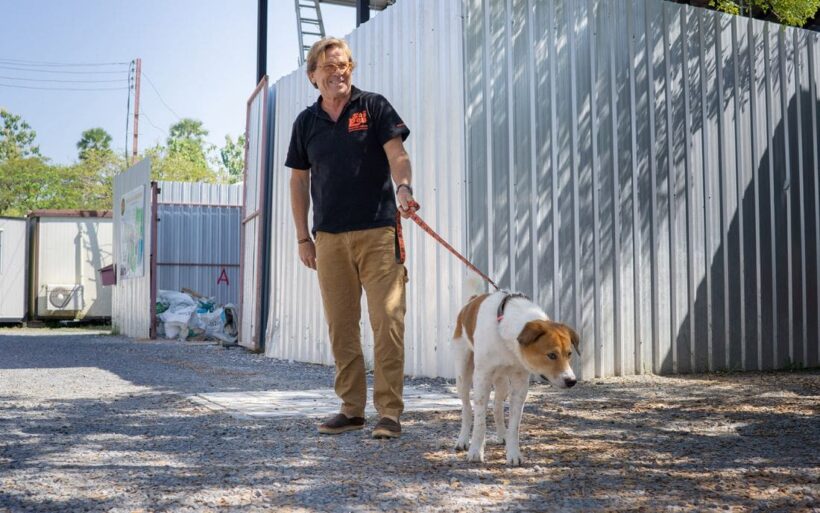 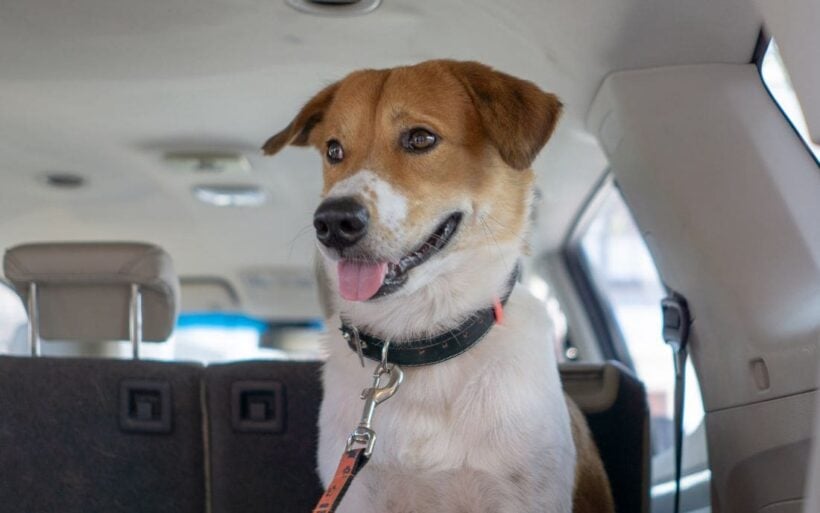 There had been some back and forth with budget concerns of being able to provide the mass testing and who would pay how much for continued testing. Perhaps requiring people to quarantine in Phuket is cheaper than testing them when they arrive. The original scheme was set to expire May 15, and announcements were made about extending the plan and stopping testing right away. For now, this debate seems to have settled on replacing the testing with a mandatory quarantine upon entering Phuket.