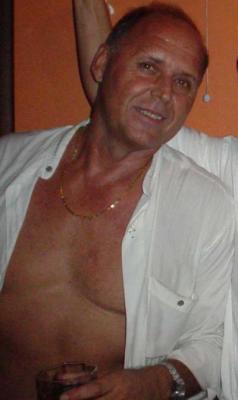 KARON: The Karma Lounge Music Café in Karon is likely to be closed after police raiding the place allegedly found the illegal drugs Ecstasy, cocaine, ketamine and marijuana there, as well as a lesbian sex show underway, Governor CEO Udomsak Usawarangkura said. Police carried out the raid at 2:30 am on Sunday and said they seized a gram of cocaine, two grams of marijuana and one-and-a-half grams of Ecstasy, plus ketamine powder. Upstairs, two showgirls were said to be engaged in a lesbian act in front of a small audience. Phuket Provincial Police Deputy Commander Pol Col Apirak Hongtong said the raid followed complaints from residents near the club in Luang Por Chaun Rd. Officers at front and back entrances questioned 30 people inside and drug-tested 15, of whom six tested positive. Charged with operating a venue where a lewd act was performed and with possession of illegal drugs were Reinhard Haiber, 52, a Canadian, and his Thai girlfriend Tassanee Pompasa, 46. Two showgirls, named by police as Pisamai Jantuek, 21, and Tanasornporn Marajan, 21, were charged with performing a lewd act and fined 200 baht each. Pol Lt Col Jessada Sangsuree, of Chalong Police Station, told the Gazette that ketamine and Ecstasy had been found under the seat of a man named as Patrick Rayner, 45. Police said he was an American businessman based in Dubai. Phuket Provincial Police Commander Maj Gen Veerayuth Sittimalic has ordered Chalong Superintendent Pol Col Sati Malakanond to explain why the bar was allowed to continue operating in his area. Police are awaiting confirmation of the positive drug tests before naming those involved. Rayner, Haiber and Tassanee were being held without bail. Conviction on charges of drug possession could bring jail penalties of up to a life sentence and/or fines of up to 500,000 baht.

Expo center to be built at Saphan Hin