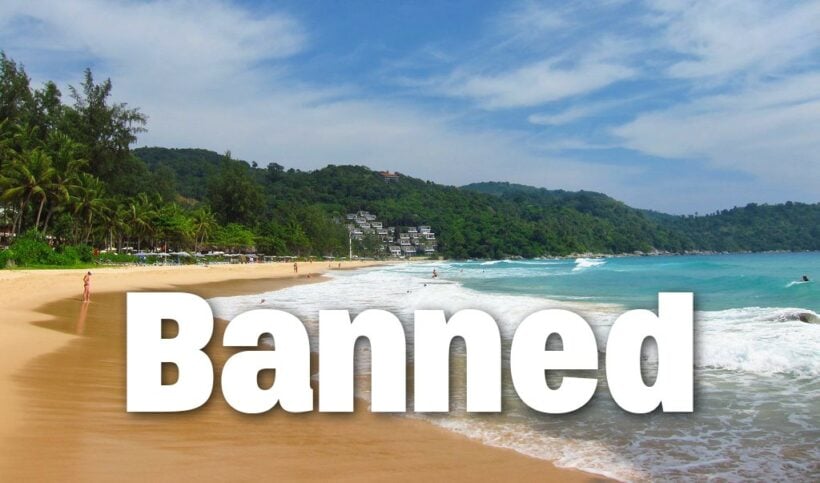 Swimmers have been banned on all beaches in Phuket while the crocodile hunting operation is still in operation.

Phuket is preparing to announce urgent crocodile registration measures in order to keep track of all known crocodiles in the area in accordance with the Wildlife Conservation and Protection Act.

Governor Norraphat Plodthong says, “We are preparing to announce registration for all crocodiles in Phuket. Anyone who has a crocodile must register the reptile or else they will offending under Section 49 of the Wildlife Conservation and Protection Act.”

“We have checked all five crocodile farms in Phuket. No crocodile has been lost from those farms. We will have a better idea where the crocodile is from when we catch it.”

“The ‘best guess’ from everyone who has seen the crocodile, is that it’s about 1.5 metres long. It is not a big crocodile and not as fierce or dangerous as larger ones. As this crocodile is not from a crocodile farm, it might be from unregistered sources, from an area around Phang Nga Bay or someone might have released it.”

Phuket’s elusive west-coast crocodile was last seen last night (July 23) at Tri Trang Beach. Today, crocodile hunters are focussing their attention around the waters of Paradise and Patong Beach where the crocodile is believed to be heading.

Yesterday Daren Jenner from the International Surf Life Saving Association called for a ban for all swimmers until the crocodile was found.

“The salt water crocodile is an apex predator and dangerous if it comes in contact with people. Until we know exactly what species it is we must take precautions.”