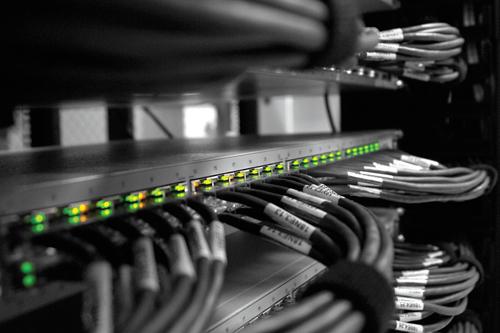 PHUKET: In the past four editions of Live Wire, I’ve been talking about the things you need to consider if you want to get a good internet connection in Phuket. Believe me, it ain’t easy.

I’m moving to Kathu shortly, and the kind of problems I’m having are no doubt indicative of the kind you’ll have, the next time you need a new internet connection – or you get fed up with your current package.

Last week I talked about getting wireless “3G” service for my phones, tablets, and the like. I also talked about setting up most phones so they’ll hook into the 3G network, then let computers connect to the Internet over the phone, using a standard WiFi connection. The process is called “tethering” and it’s very simple on my Galaxy Note II, and my wife’s iPhone 4GS.

If your phone or tablet doesn’t have a tethering capability (not all of them do), you can buy a MyFi box, to set up a WiFi hotspot using a 3G account. Very powerful stuff – and decent (if not spectacular) speeds with all of the Phuket 3G carriers.

All of the 3G connections are capped – you can download 3 or 4 or 5 GB of data in a month (roughly 1 GB = 1 hour of high definition TV), after which your speed gets throttled back to the tortoise spectrum.

This week, I’m going to delve into getting a land line. And I’ll start by letting you in on a handful of hard-and-fast laws that apply to every land line here in Phuket.

Which leads us to the first law of land lines: If you aren’t going through very much data – you use email, go web surfing, run maybe a few YouTube videos every day, Skype in moderation – don’t bother with a land line. They’re more trouble than they’re worth. Read last week’s Live Wire, choose a 3G provider, and buy a dongle if you need one – the internet can plug right into your desktop or notebook or ultrabook computer, with a simple USB dongle. No wires required.

On the other hand, if your needs are too weighty for a 3G connection, it’s time to start schlepping.

The second law of land lines is: Never get one. Get two. Internet lines in Phuket go down all the time. Even the most reliable lines that I’ve had (and I’ve gone through dozens of them) just plain fail from time to time, and there’s nothing you can do about it. Call the provider and you’ll get all sorts of fanciful explanations as to why a line has gone down – but 99 times out of a hundred, the person talking to you on the phone doesn’t have the slightest idea why it’s down, and nobody tells him or her anything about anything.

Instead, get two different lines, from two different providers. Then set up your routers so it’s easy to unplug one line and plug in the other. If you aren’t sure how to do that, go to your favorite computer shop and ask to buy a plain, cheap router. Shouldn’t cost more than 1,000 baht. Plug all of your computers into the router. Then when the technician comes to install your new internet line, tell him that you want to plug their “modem” into your router.

They’ll understand, and it should go in easy; they’ll connect one line from their “modem” to your router, and all of your computers will work off that one link to the internet.

When the second internet service provider comes to install their line, tell them the same thing. They’ll hook up one wire from their “modem” to your router. From that point on, when one of the lines goes down, reach around to your router, pull out the plug to the dead line’s modem, and stick it in your spare modem.

The third law of land lines: You never really know. Just because the guy down the street has a good (or bad) line, that doesn’t mean you will too. There are just too many variables.

I keep a close watch on phuketinternetspeed.com to see how people are faring with downloads all over the island. But their experiences aren’t necessarily predictive. The numbers on the site are good for broad, general analysis, I think. But they aren’t definitive for any one location.

The fourth law of land lines: The price you pay may have no bearing whatsoever on the speed you see.

There are dozens of reasons why that’s true, but the main one is that the internet service providers don’t have a lot of control over some parts of service levels (hourly loading, for example), and the parts that they do have control over (additional overseas bandwidth, for one) are expensive to fix. Thus, you see weird situations like the TOT Fiber 2U service delivering roughly the same international speed as a lowly TOT ADSL line, at less than half the price.

The fifth law of land lines: The technician won’t show up when you expect. That’s true all over the world, I’m told, except for the Google Fiber techs in Kansas City, USA. Remember that the tech isn’t supposed to install a line all the way to your computer. They’re only responsible for getting the line to your property. While most techs will go the extra mile and get your hardware hooked up, it’d be nice if you gave them some extra folding money, a cup of ice water, a cookie, and a thank you.

The sixth law of land lines: The times they are a-changin’. “The first one now will later be last.” Technology’s changing quickly, and some internet service providers are keeping up, while others fall by the wayside.

If you aren’t happy with the line you have now, get a different one. Chances are good you’ll pay less than you paid a couple of years ago – and you might just get a faster line.

Next week, I’ll step you through the process of elimination that I went through to get new land lines into my house.

Travel-weary Phuket United downed by Lampang in away match