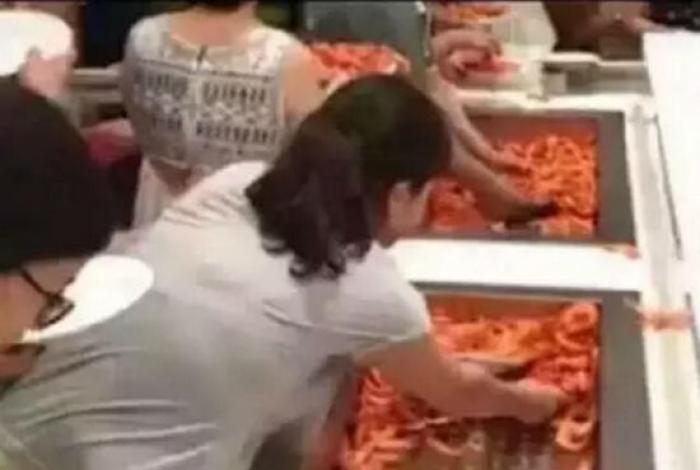 PHUKET: Following Chinese tourists’ chaotic stampede and subsequent gluttonous gorging of piles of prawns at a buffet in Thailand, Phuket will be holding an etiquette course for guides working with Chinese tour companies.

The internet was ablaze with vehement criticism of Chinese tourists this weekend after Chinese media company Shanghaiist published a 33 second video clip showing tourists in a feeding frenzy, which led to the visitors using their plates like shovels to scoop up shrimp at a buffet in Chiang Mai (video here). Follow up photos showed that large amounts of food ended up being wasted.

“I am of aware of the video. However, just because one group of tourists act like this, doesn’t mean that all of them will,” said Santi Pawai, director of the Ministry of Tourism and Sports Phuket Office. “Nonetheless, I am adding discussion about the video to a ‘Do’s and Don’ts’ etiquette presentation I have planned for Chinese tour operators next month.”

Mr Santi explained to the Phuket Gazette that such unruly behavior had yet to occur on the island, as his office continued to maintain strong relations with tour guides and companies about Chinese tourists’ behavior while on holiday in the region.

In addition to covering some cultural issues, the meeting will also highlight a number of attractions that Mr Santi hopes Chinese tour operators will include in their guests’ itineraries.

“We would like to see them visit the Tin Mining Museum or the Thai Hua Museum, so that they have a better idea of the island’s beautiful history,” he said.

Vice Consul General Wang Huijuan, based in Phuket, told the Gazette that she was not aware of the video and preferred not to comment on the topic, as the incident happened outside of Phuket.

A Decade Ago: Beach chairs and a B40mn blaze