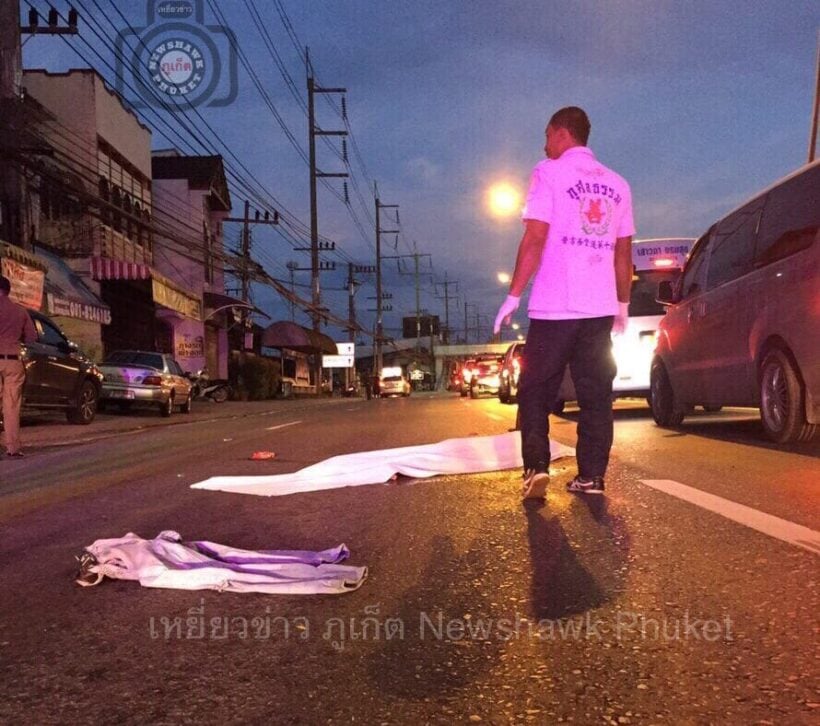 A man who was crossing Thepkrasattri Road early this morning was hit by a taxi and died at the scene.

Thalang Police were notified of the incident on Thepkrasattri Road, northbound, in front of the Phra Nang Sang Temple in Thalang.

Police and rescue workers arrived to find a taxi, with its front panels damaged, parked on the side of the road. The taxi driver, 32 year old Rungprasan Sriwichai, was waiting for police at the scene.

Nearby rescue workers located the body of a man who was later identified as 66 year old Waranon Leesakun from Phuket. His body was covered with blood and taken to the Thalang Hospital.

The taxi driver told police that he was heading to the Phuket International Airport. He didn’t see Mr Waranon crossing the road.

Police conducted an alcohol breath test on the taxi driver but he was under the limit. Police are continuing their investigation. 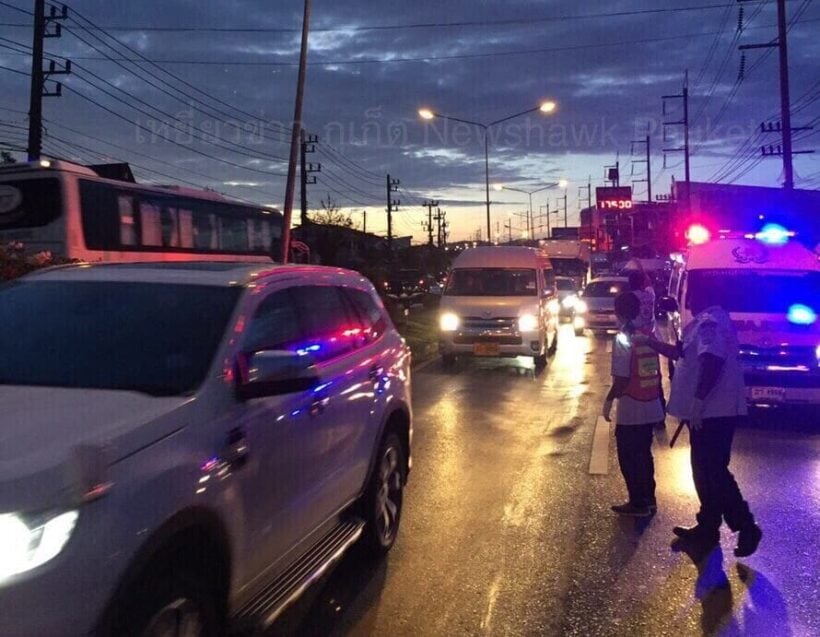 Motorcyclist dies after collision with power pole in Koh Kaew