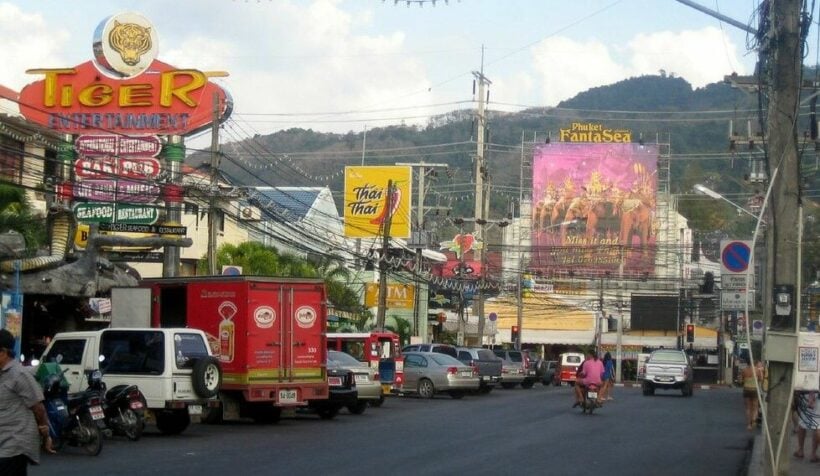 Bank had allegedly accosted the unnamed tourist on Bangla Road. Bank surrendered to police near a water shop next to a university.

Police confiscated Bank’s gun, bullets and clothes. The tourist who Bank accosted earlier in the day then identified Bank to the investigating police. So far, neither Bank’s motives, nor the charges he might face, have been confirmed. The Phuket News noted that it was not confirmed whether Bank had approached or threatened any other tourists. Bank is originally from the southern province of Nakhon Si Thammarat.

This news comes after another man threatened tourists with a knife at a shopping centre in Pattaya last month. Pattaya Police detained the man at Pattaya Police Station, and claim he was incoherent and couldn’t properly answer questions. The man had also reportedly been talking in circles. The police reportedly had to use special equipment to subdue him, and the man did not identify himself.

He reportedly could have been a foreign national from a country neighbouring Thailand.

A similar incident happened when a drunk man carried a large knife and threatened tourists on Pattaya Beach in 2020. He reportedly yelled incoherently as he threatened people. Police were called by local vendors after the man continued to be a nuisance in the area. The man was cooperative with police and stated he was “just drunk” and wanted to go home to Bangkok.

Fanta
From yelling to a knife then to a gun. The tourists are returning and things are getting back to the good old days again :-)
Nivram
More information is needed to make this news item news worthy. ps: why does he have a gun? Robbery? The foreigner slept with the gunman's wife? The foreigner skipped out on a bar bill?