Nakhon Si Thammarat’s Governor Chamroen Tipayapongtada has designated six seaside districts of the central southern coast province as disaster zones and ordered the evacuation of residents by tonight. The evacuations are a safety precaution he said.

He says that all schools in these districts will be closed today, while schools in the main city area of Nakhon Si Thammarat will be used to shelter evacuees.

Meanwhile, the Meteorological Department report that tropical storm Pabuk will make landfall in the upper Southern Gulf coast provinces tomorrow (Friday) with a maximum wind speed of 65 to 90 kilometres per hour.

It is expected that areas in the storm’s path will suffer damages from strong gales and intense downpours of up to 300 millimetres. Waves as high as 7 metres are expected in the Gulf of Thailand.

The storm was currently moving westward at a speed of 10 kilometres per hour and has already entered the Gulf of Thailand. Its maximum wind speed was 65km per hour at that time.

The storm appeared to have already hit the southernmost part of Thailand yesterday afternoon, as a large band of heavy rain was detected by the Meteorological Department’s radar in Narathiwat province. The storm has started to veer northwards and expected to reach landfall around the Nakhon Si Thammarat/Chumpon coastline. Koh Samui and its nearby islands are also directly in the path of the storm. 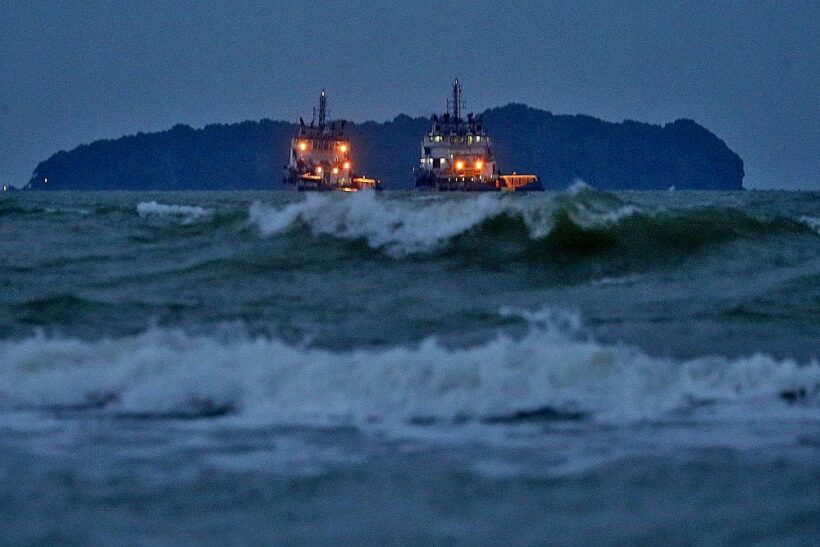 Here’s the latest information direct from the TMD…

“On 3 January 2019, tropical storm “PABUK” is over the lower South China Sea located at latitude 6.2 degree north, longitude 105.5 degree east with maximum sustained winds of 65 km/hr. The storm is moving west slowly through the tip of Indochina expectedly in the lower Gulf of Thailand today.

It will move pass Chumphon and Surat Thani on the evening of January 4, 2019. By January 3-5, it will affect the Southern provinces with more rain and some torrential downpours. People should beware of the severe conditions.

SOURCE: The Nation | The Thaiger | TMD