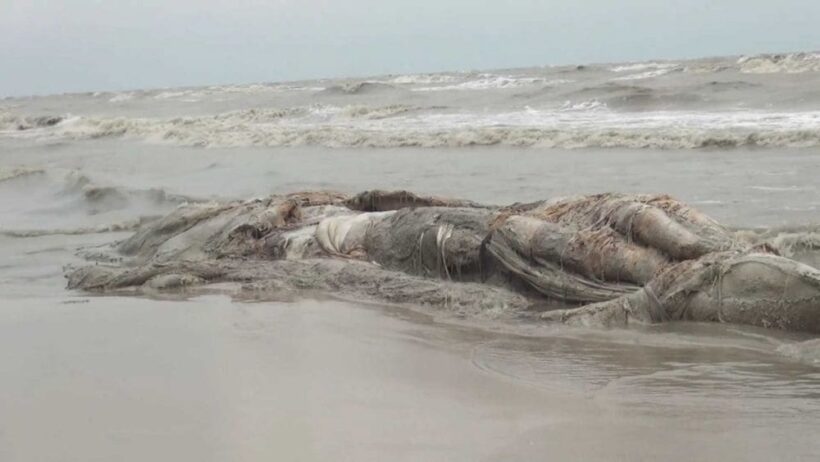 A dead whale, believed to be a bruda whale, the largest species in the Gulf of Thailand, has been found washed up on a beach near the Laem Talumphuk reserve, Amphoe Pak Phanang in the southern province of Nakhon Si Thammarat.

The dead mammal was spotted this morning by villagers who noticed the strong smell. The whale measured over 10 metres and weighs about 2 tonnes according to experts.

Officials believe the whale likely died at sea about two to three weeks before being washed ashore by strong waves.