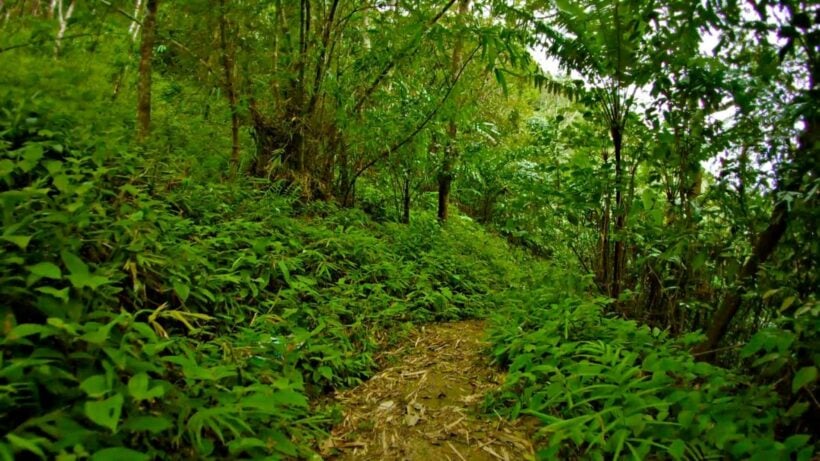 Thalang Police were called to a site yesterday (Sunday), 150 metres from the Baan Ua Arthorn housing estate in Srisoonthorn, central Phuket, just before 3pm. There they found remains of a human skeleton.

According to police reports, a local fruit vendor headed to the area to collecting papayas when he discovered the human skeletal remains under a tree. He then ran out of the forest area to report the finding to police. Police say that none of the bones were broken. They also found a 1.5 metre rope which was tied to a tree five metres off the ground.

Police report that the remains had only some threads of blue underwear remaining with blue jeans and black shoes nearby where the bones were found. They believe the bones were from a male migrant worker. Police noted that a worker’s camp was located about 100 metres away but was deserted a year ago.

Digging into the Phuket hotel data