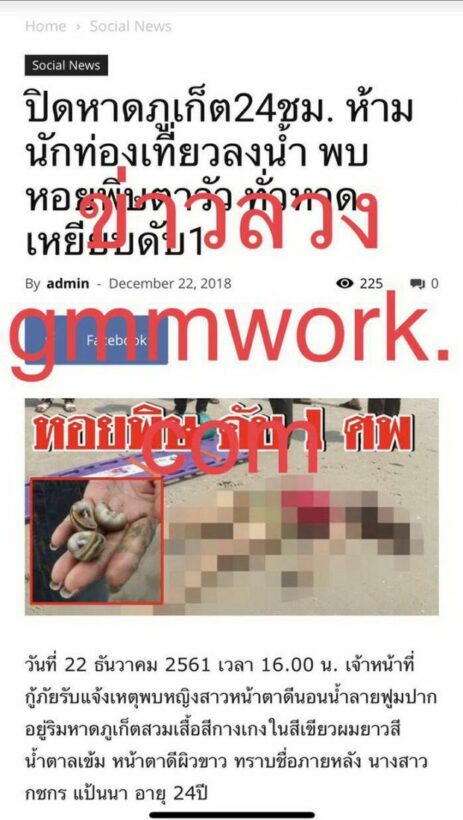 The Fisheries Department has issued an official statement after a website published ‘fake news’ that a woman was killed by shells on Phuket beach this weekend.

The Fisheries Department is reporting that “a website www.Gmmwork.com has published news stating that a woman has died on a Phuket beach. The story claims that, under her body, they found ‘Neverita didyma’ which is a ‘Naticidae’ species and that her back was bruised similar to a snake bite wound.”

“The Fisheries Department confirms that this news is ‘fake’ and officials are preparing to to sue the website.”

General-director of The Fisheries Department Adisorn Promthep says, “We have confirmed that that species is not poisonous and can be eaten.”

“We have checked with Phuket police, rescue foundations and the Phuket Provincial Public Health Office. There is no report on December 22 about a dead woman on a beach.” 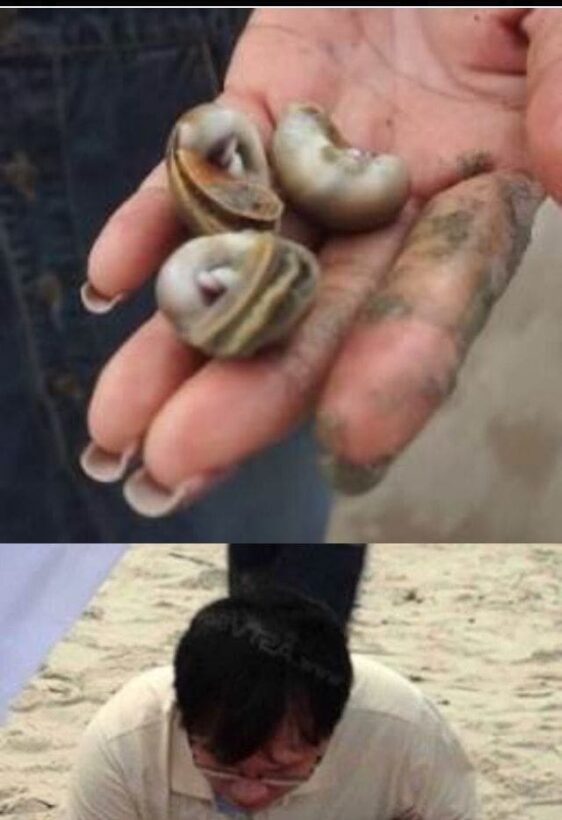